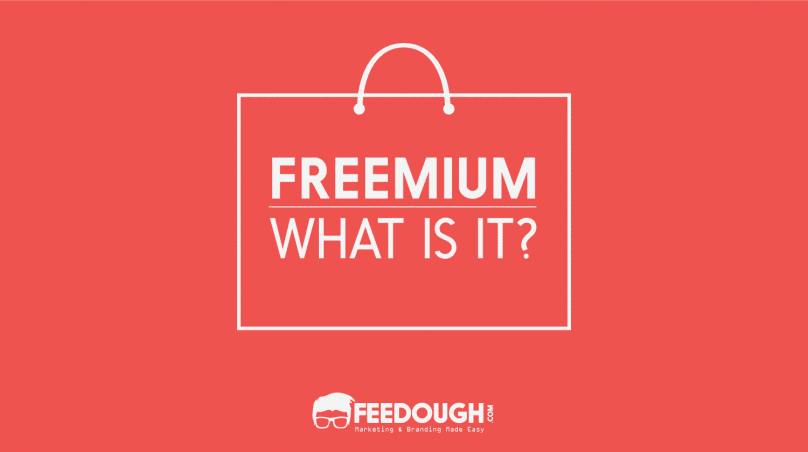 Less than 20% of LinkedIn users pay for the premium services provided by the company. Still, the company earned nearly $6.7 billion in revenue in 2019. This is the power of a freemium business model.

For years, the concept behind games, software, and services was simple, you pay for the service upfront before using it. But with the advent of the internet and mobile applications, the consumer expectations and habits have dramatically changed. He wants to get or at least try everything for free. This has led to the advent of the freemium concept.

Freemium is an internet-based business model where basic services are provided free of charge but charges are levied on additional premium features. The freemium strategy is different from premium with free samples strategy as you don’t pay anything to utilize the free services provided under the freemium business model.

Freemium is a portmanteau of free and premium and the strategy is quite popular among the top players of the www. Even the market leaders like LinkedIn, Tinder, Youtube, Candy Crush, etc. use a freemium model to increase their user-base and generate more revenue by implementing micropayment strategies

How Does Freemium Business Model Work?

“Free can mean many things, and that meaning has changed over the years. It raises suspicions, yet has the power to grab attention like almost nothing else. It is almost never as simple as it seems, yet it is the most natural transaction of all.”  – Chris Anderson in his book Free, The future of radical price

Freemium business model was brought into existence by the software industry in 1980’s as a time-limited or feature-limited strategy, commonly known as the shareware strategy where a free (limited) version of the product was made available to everyone in a hope that some users will upgrade to the better premium version. The business model was drafted in such a way so as to bring on as many potential customers as possible to try the product for free and convert into premium members after paying a certain subscription fee. The recent advent of in-app purchases on IOS and Google Play has upgraded the shareware strategy and named it as freemium which is characterized by free software/game/application but with paid add-on features.

The freemium model capitalizes on the zero price point paradox which states that to maximize participation, a zero price point can’t be a beat. However, people don’t value things they get for free. Therefore, to get people to value the product, they should pay something for it. This gave rise to the characteristic feature of freemium services – micropayments. A micropayment is a very small amount of payment you pay to buy specific services provided in the freemium business model.

Freemium developers act just like cocaine dealers. They give the basic services for free and charge you when you ask for more. The business model stands on the following four pillars:

Distributing the service for free is the best way to get more customers and even though most of these customers don’t level up to the premium stage, they act as a magnet to attract more prospective premium customers.

Freemium business model depends hugely on a business phenomenon known as the network effect. The network effect states that a good or service becomes more valuable when more people use it. Precisely, more the usage of the product or the service, more is its value. Tinder wouldn’t have been a revolutionary dating platform if it didn’t have users you can swipe right or left.

The freemium business model has also given rise to a new concept known as the Newtonian Engagement. The name is in reference to Isaac Newton’s first law of motion and essentially states that “An engaged player of freemium service will remain engaged until acted upon by an outside force.”

Engagement is the key accelerator for freemium services, usually games. There are certain techniques and strategies used by the developers to keep you engaged while using the service as well as while not using the service. One of such techniques is the limited lives you get within the game. Games like candy crush keep you engaged, even when you’re not playing them, by making you wait for the lives to regenerate. These applications also use micro-triggers for you to keep using the app.

This pillar turns out to be a trigger for the next pillar of the freemium business model – Micropayments.

Freemium doesn’t involve charges for the basic services you get, but it involves charges for the premium add-ons. The price for these add-ons are nominal and you, once engaged or addicted to the application/game/software, don’t mind paying for them initially. These nominal service charges are called micropayments. You micropay to buy various services within the application which range from buying an extra life in a game to getting a premium feature on a dating application.

People who use freemium services never set aside a budget for the same and since the premium add-ons cost as low as few cents, they don’t even consider them as actual payments. But that’s the thing with freemium services, they make you micro pay again and again which amount to more than the amount of money you would have paid for the service if it was premium.

The addiction to a freemium service is severe. Payment once made, makes you want more out of investment which makes you pay even more. According to a research, an average freemium app user, excluding non-paying users, spends $24.66 per month on freemium apps.

What Freemium Is And What It Is Not?

Many premium services with free samples are usually considered to have a freemium business model, which isn’t right. A characteristic feature of the freemium business model is that the majority of the users don’t pay for the service and only a few people contribute to most of the revenue for the company. According to Chris Anderson:

“A typical online site follows the 5 Percent Rule – 5 percent of users support all the rest. In the freemium model, that means for every user who pays for the premium version of the site, nineteen others get the basic free version. The reason this works is the cost of servicing the nineteen is close enough to zero to call it nothing.”

Opting Freemium As Your Business Model

The onset of the freemium model is probably the best thing that has ever happened to the worldwide web. The model, if used justifiably, benefits both the users and the developers as the users get a legitimate reason to pay for the premium add-on and developers gets the advantage of better marketing and revenue strategies. Opting for freemium as your business model have many advantages but also comes with a lot of challenges which you’ll have to eventually overcome if you want to succeed with your venture.

Advantages of the Freemium Business Model

One of the easiest ways to get more customers is to provide the service for free. Everyone does it! They even found a way to make money out of it. Youtube provides free service but monetizes its videos with advertisements.

If your users love your (free) product, you eventually will see an increase in your brand equity which, in turn, will lead to more profits.

Freemium business models usually have an upper hand over premium business models as no user wants to pay upfront for the service he hasn’t experienced yet. Furthermore, the freemium model, if chosen for viral services, not only generates more revenue but also builds better brand equity.

Engagement and addiction keep the freemium business model running. It is important for users to return in order to convince them to buy the premium service.

Unlike premium or subscription models, freemium business models take a lot of time to generate profit.

Google Drive is a cloud file storage service provided by Google. The basic plan lets you save up to 15GB of your files on the server and requires you to micropay if you want more storage.

Mailchimp is a well-known email marketing tool which provides free as well as premium services to the users. The free plan lets you send emails to up to 2000 subscribers and you’re asked to upgrade to a pro plan when this limit is reached.

Did we miss something?  Come on! Tell us what you think about our article on Freemium Business Model | The Psychology of Freemium in the comments section.

X
How LinkedIn Makes Money? LinkedIn Business Model…Business ModelsWith a mission to help professionals connect globally, Linkedin has positioned itself perfectly as a professional community in this competitive market…

by Aashish Pahwa
X
LetGo Business Model | How does LetGo Make Money?…Business ModelsThere is an estimated market of $381 billion worth of used but untouched goods in U.S. homes tapped by only two dominant players, Craigslist and eBay.…