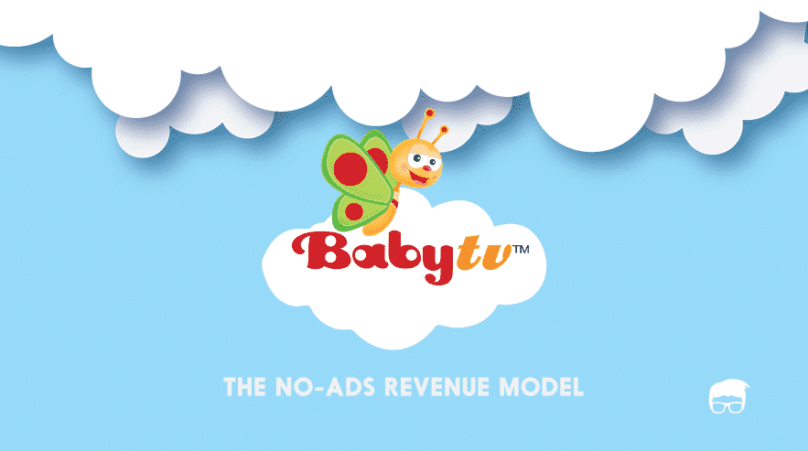 In this age of Netflix, we hope you haven’t forgotten about television, have you?

Remember, how we’ve hated advertisements on TV all our lives to a point where watching TV has now become a real test of patience? Well, to your relief, this may change soon, for the better!

Ever heard of Baby TV?

What is Baby TV?

BabyTV is a TV channel for infants, toddlers, and parents, aired worldwide by Fox Networks Group. Launched in 2003, BabyTV is distributed in over 100 countries, broadcasting in more than 18 languages. It is currently catering to an extremely niche and specific market, which is babies and parents.

What fascinated us is not the channel, but the money!

Distributed worldwide and leading in its market in the eastern part of the globe, Baby TV was first developed in 2003 as a channel in Israel by Maya and Liran Talit and members of their family as a channel focussing on content requirements of babies, infants, toddlers and their parents.

This is clearly a niche market offering and seems like a really bold move to come up with, considering that a TV channel depends heavily on its advertising and broadcasting revenues. How many people would watch this TV channel and give it viewership that is attractive enough for advertisers?

You would say, not many.

But who said Baby TV was looking for advertisers?

It was looking for the dream.

Opportunity to set a foundation for an alternative business model for TV channels across the globe and become a better space to promise premium viewership. A viewership not haunted by ads was the dream for Baby TV.

With the kind of business Baby TV is doing, we seem to have figured out certain key aspects of its business model, that can become absolute business development concepts on their own.

It can be something like Affiliate Marketing, where you do not run the ads of the product/service/organisation, but you create content that is mutually relevant to both the channel as well as the product to ultimately promote both. With shows written on characters promoting baby care products, or stories revolving around babies buying toys for themselves, Baby TV seems to have used affiliate marketing for the good. Or we can see what Baby TV did with collaborations on the channel with product mascots like that of candies, cereal and toys.

Where is the money coming from?

Fox International Channels’ Baby TV is now a healthy business that achieved breakeven even without advertising. The advertisement-free channel started making impressive profits after 2008-09 only, which is a mere five years duration after the launch of the channel as an independent space, as it is not a part of FIC’s channel portfolio yet.

And Baby TV has attributed their magnificent success to 4 factors of innovative business development:

Although the revenue from affiliate marketing forms the bulk of their earnings, this is expected to change as the spectrum of TV viewing moves to linear subscriptions psychology.

On seeing the protocols, you’ll see the cost of subscriptions of Baby TV app to an end consumer is $4.99 for a month and this is independent to the subscription of the TV channel. Another strong tapping mechanism is the connection of the baby TV video app with the iTunes gift card, that enables the video app subscription to be gifted to friends and family. What was originally introduced as a festive promotion in Europe, became one of their most popular offerings that were widely used as a gift to couples who were expecting, or newborn babies and their mothers.

Not only streaming of content, but the merchandising process of Baby TV is performing extremely well too. Along with offering a wide range of kids’ products like books, music CDs, video story CDs, toys, games, bedtime products, etc, Baby TV is also partnering with almost every popular e-commerce player in this industry like Alibaba, FirstCry, Amazon, Etsy, etc. This is getting Baby TV the revenues as well as the presence.

How costly is it to pull this off?

It is going to sound foolish if we forget to account for the massive costs of Baby TV and not appreciate them for the profits despite the humungous costs they incur. Airing cost is certainly going to be the biggest chunk of the lot because it is a 24×7 channel which airs majority content and no advertising. We may think that since the purpose of ads has been fulfilled through their operational kind of content, it may save them some dollars.

Merchandising as a gimmick is costly, to ensure results. With a portfolio like Baby TV’s, it is going to be massive. The range of merchandise that Baby TV offers caters to anything and everything needed at birth, after feeding, toddlers, reading, writing, music, creating, healthcare, eating, grooming, medication, etc. Such a product profile takes up a big chunk of the revenues.

Yet Baby TV’s performance is splendid!

Interestingly, the channel was rolled out as an offering for babies, infants and toddlers. But as the venture is garnering success, it has seen the influx of parenting audience, potential or existing, which opens the avenue of maternity content and healthcare to be tapped by Baby TV.

With an extremely successful YouTube audience through their channel and an array of categorical merchandising that Baby TV does, they have been widely accepted and received well for their thematic content, fictional innovation and variety.

All this has helped the enterprise develop loyalty in the niche consumer base that shall be equally receptive in case Baby TV plans to expand in any direction/horizon. Baby TV has also successfully explored TV Everywhere and launched an online player that is smartphone supported, facilitating ad-free VOD content by way of a monthly subscription fee. There are also song applications and games that users can pay on a pay-to-download basis.

Although Baby TV’s YouTube channel does come with video advertising like pre-rolls and posters, users always have the alternative to skip the ads. Sponsorships have not been aired, these are initiatives that mark ground territory and no television presence. In markets like Hong Kong, Malaysia and Singapore, Baby TV has done commercial collaborations with brands like Johnson & Johnson and pharmaceuticals organisation Wyeth on live events indulging Baby TV’s characters and content.

What comes out as a plausible conclusion from this study is, that a model so comprehensive and quality driven shall be a win-win situation in a market like the Middle East, specifically India.

Why do We say so?

Because now is the time to admit, our television industry is highly underwhelming because of focus on advertising and not offering content that meets global standards.

We all have cribbed about the state of our television industry.

In an attempt to set both the faults right, we can attempt content driven product promotions which become a more lucrative business opportunity for the TV channels as well as consumers of this content, who presently are running away from Indian television to global content platforms like Netflix, Amazon Prime Video, NBC, etc. Once we popularise this model where bulk comes from affiliation, markets are coming up with merchandising that is relevant and not obligatory, collaborations are more holistic than just crossovers and posters, there is a platform to consume content away from TV and advertising is a supporting act and not the forefront, that way we can truly develop a television offering for the mainstream market, as is Baby TV for its niche market.

Have you ever wondered if a TV channel could earn money without ads?  Come on! Tell us what you think of our article on How Does Baby TV Make Money? in the comments section.