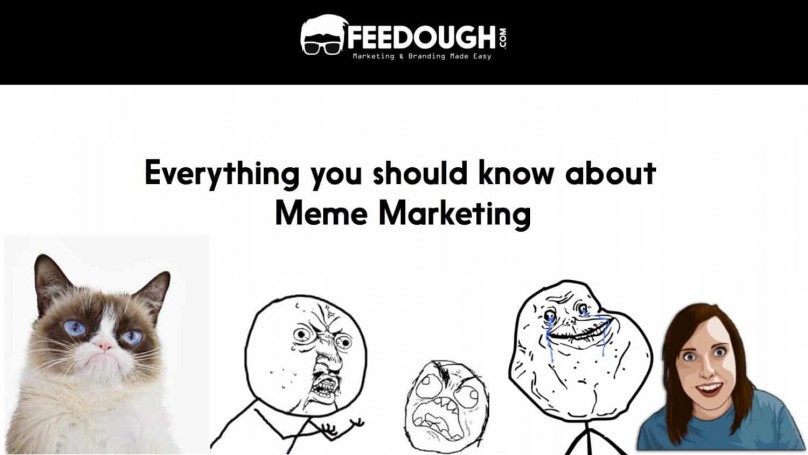 Memes are on a rise. We’ve seen them, got amused and have often shared them as well. But if we say you could capitalize on this trend as well, would you believe us?

Meme-Jacking does exist and it refers to a practice of capitalizing on the current trend of Internet memes. Meme (pronounced as meam) is an element of culture whose styles, concepts, and behaviour can be indefinitely imitated. But when we talk about internet meme, it refers to a humorous image or video having a definite style and concept which usually go viral on the internet. The style and the concept of the image stay the same whereas the copy changes.

An example of an internet meme – 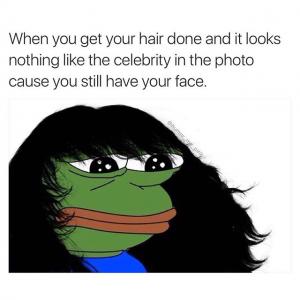 What is Viral Marketing?

Meme marketing is a subset of viral marketing which is a practice of using mediums like word of mouth and social media networks to fulfil marketing goals.

It is the practice of using users to promote a brand or product by creating appealing, engaging, and fast-spreading news or content.

Why Do Memes Go Viral On The Internet?

Unlike other usual images, memes have their own names (The Success Kid, Bad Luck Brian, Overly Attached Girlfriend, etc.) and positioning in the minds of the users. Memes are precise, spread through social networking websites and have a recall value.

Here are a few reasons why memes go viral:

Memes come in the form of videos as well. Harlem shake and mannequin challenge are two of the popular video memes. Just like the photo memes, video memes have a concept (like mannequin challenge requires you to remain still while the camera person captured the scene), humour, and is shareable. But above all, these type of memes involve the user to be a part of it.

Memes also come in the form of funny and relatable GIFs and vines. These kind of memes are most shareable. This trend of memes is one of the reasons for huge traffic on many GIF hosting websites and search engines like Imgur and Giphy.

According to a research, videos perform 12x better on social media compared to other content.

Memes are known for their concept. An overly attached girlfriend will always be used for a girlfriend humour while a grumpy cat meme will always have sarcasm in it. It’s the visual aspect of the meme which is more important.

The copy of a meme is usually kept short and aligned to the visual to make it an instant humour. Everyone gets the joke because of the visual representation. 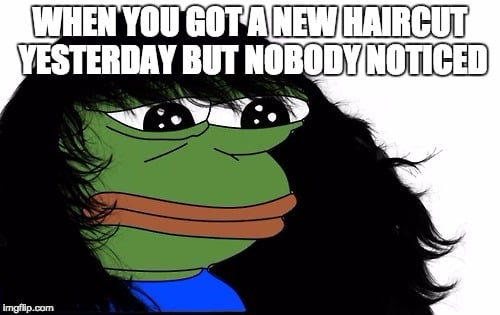 People like humour that is tailored directly to them, and memes, while they may seem to be generic, are so relatable that everyone shares, owns and creates them.

Memes are not copyrighted or related to any specific brand. These are so generic that anyone can own, create, and share any meme without any restriction.

Memes have a considerably long life span. Just like that favourite song in your head which you’ll listen to for a thousand time more before you start hating it, a meme is also a thing of obsession. It remains in the market till the time its overuse doesn’t irritate the users.

How To Integrate Meme In Marketing Strategies?

A good marketer always tries to capitalize on the current trend. Memes, being a trend of the decade, can prove to be beneficial for your company. Memes are useful as they result in benefits like more impressions, page likes, website visits, etc. for a company.

One should keep these two hacks while creating and sharing memes.

Make a meme with which majority of your target audience can relate to or are interested in. This will not only increase the shareability of that meme but would also result in you getting loyal followers on the internet.

One of the companies which gained social media popularity because of the great use of memes is Grammarly. Correct visuals play a very important part in a meme.

Though not a norm, it’s advisable to use a popular visual as that concept has an existing positioning in the minds of the consumer and can result in users identifying with it.

Sadly, you’ll not be the first one to incorporate memes in your marketing strategies as many of the companies have already used the memes in their online as well as offline marketing campaigns. But it’s not too late to reap the benefits as well.

Wonderful Pistachios, unlike other players of the game, took a completely different route and decided to include memes in their marketing campaigns. They cleverly integrated their brand in a famous video internet memes, one of them being the Keyboard Cat.

Sesame Street made their cookie monster sing some witty lyrics on the tune of a famous song, Call me Maybe. This campaign received a lot of engagement as call me maybe memes were already in trend at the time of its release. Hipchat, a startup back then, used a famous meme “Y U NO Guy” in their minimalist billboard just and saw a tremendous amount of publicity and other online and offline engagements.

Mashable did a very clever job of combining two of the best memes to promote their brand on digital media.

Did we miss something?  Come on! Tell us what you think about Meme Marketing in the comment section.

What Is Meme Marketing? Everything You Should Know