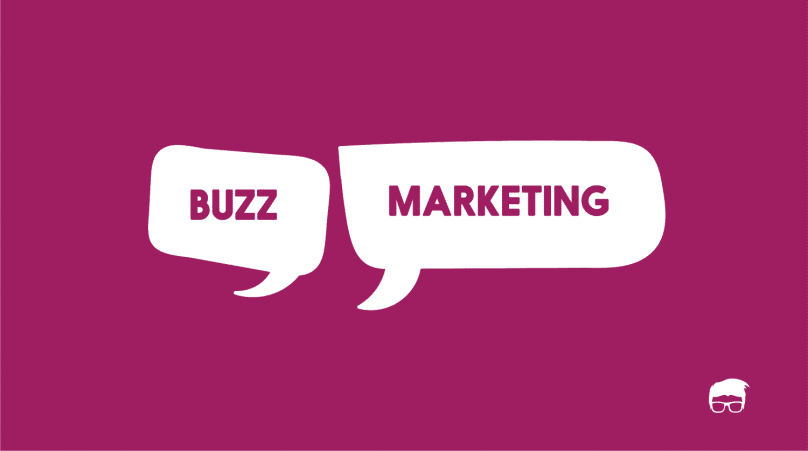 “Did you hear about Bitcoin? It’s an insane investment! I invested $100 and earned more than $1000. Can you believe that?”

Welcome to the era where every marketer aims at creating a buzz around his product.

Average human witnesses around 5000 marketing messages daily, out of which very few marketers get to monetise their attention. Buzz marketing helps you to bombard the user with 100x (or 1000x) more marketing messages than you usually would have. All thanks to his friends, family members, friends of friends, social media, blogs, news channels, and influencers.

Don’t believe me? Take a look at this bitcoin price chart.

When did you hear about Bitcoin first? Was it in the second half of 2017?

Contents show
1 What Is Buzz Marketing?
2 How Buzz Marketing Works?
2.1 Word Of Mouth Marketing
2.1.1 Fear Of Missing Out
2.1.2 Baader-Meinhof Phenomenon
2.2 How To Create A Buzz?
2.2.1 Focus More On People And Less On Product
2.2.2 Use Influencer Marketing
2.2.3 Use The Scarcity Principle
2.2.4 Capitalise On The Network Effect
2.2.5 Other Buzz Marketing Strategies
2.3 Buzz Marketing Examples
2.3.1 The Honest Coca-Cola Obesity Commercial
2.3.2 Tiger Woods Jesus Shot
2.3.3 Mini Cooper Boxes In Amsterdam

What Is Buzz Marketing?

Buzz marketing refers to marketing strategies used to capture the customers’ attention and other influencers to amplify the marketing message to an extent where talking about the brand, product, or service becomes entertaining, fascinating, and newsworthy.

It is a subset of viral marketing and word-of-mouth marketing. But to understand it to the fullest, it is essential to understand the meaning of the word buzz. A buzz is a trigger that results in the word of mouth marketing. It can be an idea, a phrase, a tagline, a logo, a mascot, an advertisement, or any other trigger which makes people talk about the brand or its product.

Buzz starts conversations. It is a great/different/weird idea or a story that others are willing to share.

A buzz can be created by a wink by a female actor, an outspoken leader,  a great tagline, or an ambush marketing strategy like this:

Buzz marketing is different from traditional marketing communication. It involves creating a trigger which spread out to the masses as it leads to:

Word of mouth marketing starts with buzz marketing. It involves planning a buzz so well that motivated, satisfied, or impressed people in your target market start spreading your message voluntarily.

Fear Of Missing Out

No one wants to feel left out in this digital era triggered by social media. Not having a piece of vital information or having a feeling that one is not a part of the ‘in’ group releases enough psychological stress that acts as a threat to them. This makes the buzz easier to convert into word-of-mouth marketing as it has more conversational value. Plus, social media acts as a catalyst.

Baader-Meinhof Phenomenon is a situation where one stumbles upon an unfamiliar word, name, or buzz and soon afterwards reencounters the same subject, often repeatedly.

It’s the phenomenon which makes you say, “I recently heard about it, and now it’s everywhere.”

Buzz marketing sends you the same message through different channels, which makes you experience this phenomenon quite often, and the message sticks to your mind.

The meme marketing strategy is based entirely on this phenomenon.

How To Create A Buzz?

Is buzz marketing important? Well, when 83% of consumers trust recommendations from their peers over advertising, how unimportant could it be?

Focus More On People And Less On Product

Even though your brand or the product is in the spotlight, people have a more significant role in creating a buzz around it. The only way you can succeed in creating a buzz is to focus all of your marketing communication strategies on your target market’s needs, wants, interests, hobbies, etc.

It’s a proven fact that people trust influencers more than any advertisement. Using influencers to your benefit can help you get the attention of their followers in a positive way.

Use The Scarcity Principle

The scarcity principle is brand-induced scarcity to create a mismatch between the demand and supply of the product. The phenomenon is on the rise with the increased popularity of flash sales on ecommerce websites as it increases the demand and creates a buzz around the product.

Scarcity techniques like flash sales, limited period offers, use it or lose it offers, limited users offers, etc. can help you create a buzz around your product and increase its demand.

Capitalise On The Network Effect

For example – the more people use WhatsApp messenger, the more valuable it becomes to the users and the easier it is for the company to attract more customers.

A brand can use many different buzz strategies or buzz buttons to create a buzz around itself or its products and services. These buzz buttons are:

The 2017 Oscars created a lot of buzz when ‘La La Land’ was accidentally announced as the best movie instead of ‘Moonlight’. Why? Because it was unexpected in such a reputable award function. There are many other examples where the brand created a buzz.

Coca-cola was in the news, on social media, and in the title of many blog posts when it released the honest coca-cola obesity commercial where it accepted the fact that coca-cola causes obesity.

EA games launched the Tiger Woods PGA Tour 08 game with an intriguing yet entertaining shot called the Jesus shot, where Tiger Woods would go into the water to play the shot. Later it was revealed that this feature was intentionally added to create a buzz around this game.

Mini Cooper, to promote its 99€ a month finance deal during Christmas, executed a guerrilla campaign where it featured packing boxes in prominent locations around Amsterdam. This created a lot of buzz around the car in 2009.

Did we miss something? Come on! Tell us what you think about our article on Buzz Marketing in the comments section.

What Is Buzz Marketing? - Strategies & Examples