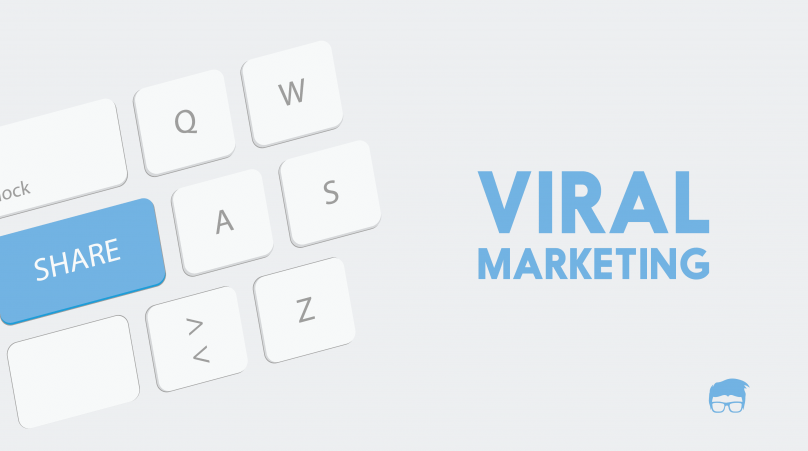 But what does it mean to become viral? More importantly, can you predict if something will go viral? Is viral marketing even a thing?

If you’ve read our article on why things go viral, you’ve already got the answers to the first two questions. But is viral marketing even a thing?

Well, have you heard of this before?

This four-word viral slogan was drafted keeping in mind the basics of viral marketing and was a big reason behind Donald Trump’s electoral win.

What Is Viral Marketing?

Viral marketing refers to the strategies and activities that encourage the individuals (users and non-users) to spread the marketing message to other individuals and groups within their social network, creating an atmosphere of increased brand awareness and a buzz about the brand online and/or offline, leading to a multi-fold growth.

To make it simple: Viral marketing is essentially a strategy to spread something (idea, message, song, etc.) organically among the target audience, preferably through word-of-mouth.

A viral marketing campaign is designed to spread the marketing message among the target audience like a virus which doubles itself with every transfer of the message.

With over 68 million views, Dove’s real beauty sketches is the most viral ad video of all time. The short film used an FBI trained sketch artist to draw women based on their own description and then based on a description based on that of a stranger.

The video aimed to boost the self-esteem of the viewers by stating that they are more beautiful than they think they are. It elicited a strong emotional response from the viewers and triggered them to share the video on their social media profiles and made them join the conversation.

One of the crucial reasons behind the success of Deadpool was a viral social media campaign crafted to create a buzz around a deformed foul-mouthed x-man. The first part of the movie was marketed using campaigns like “12 days of Deadpool” and posters of raising cancer awareness, collectables, witty Instagram posts, witty blog posts, and witty Youtube Videos.

The second part of the film was marketed using similar strategies where the marketers tried various brand integration and cross-promotion strategies which even made David Beckham star in one of the trailers.

For several years, Old Spice has been setting examples for viral marketers to learn from. The company has harnessed the power of viral video marketing by using social media networks like Youtube and Facebook to spread the message of “the man your man could smell like” and the “two tickets to that thing you love”.

Why do Old Spice’s commercials work?

The marketers use basic principles of viral marketing like using the platform where their target audience is, producing entertaining videos which are appreciated by the target segment, and marketing everywhere at once.

Viral marketing is a customer-centric approach. This marketing strategy depends on the customers to spread the marketing message rather than the paid mediums. Hence, it is important to know-

We’ve put together some basic principles which give rise to a good viral marketing campaign:

People share content which they feel is useful to them and to others. The utility isn’t limited to just seeing the post but can also be experienced when the target audience shares the message and receive reactions and attention from people within their social network. This is one of the reason posts of pages posting daily facts, DIY hacks, and relatable memes are shared so much.

Any message which arouses emotions among the target audience is shared by them. But it is important to create maximum emotional excitement quickly. A good viral marketing campaign hit the target segment hard and fast with strong emotions. The idea is to build an emotional roller coaster which reduces the chance of audience becoming bored, satiated or overwhelmed with too much of the same.

Both negative and positive messages receive an equal amount of attention. Experts say emotions can be divided into arousal and non-arousal emotions irrespective of them being positive or negative.

Viral content spreads like a wildfire. Social media has made it easy for a content to be accessed by hundreds of people within the social network.

It all starts within the target audience. But viral content isn’t limited to social media and the concerned market segment. It often takes the form of news and trends and becomes a part of the conversation of people not even belonging to the target segment.

Viral content is often targeted to extroverts and egocentric audience and people who are more likely to share the content with others. The recent trend of data monetization has made it possible to craft such campaigns and share it with such audience.

A viral marketing campaign often focuses on including both the emotional trigger (arousal emotion) and the external trigger (asking explicitly to share the content) to make the content viral.

Another unique characteristic of viral content is its easy accessibility and share options. The user doesn’t have to perform 10 tasks prior to view the content (unless it’s the part of the plan) and is provided with easy share options.

According to a research by HBR, successful viral campaigns regularly produce 1 million+ impressions, with standouts garnering 10x to 100x that number, often crossing over into the mainstream, and picking up free exposure on television and radio and in print media.

There are some disadvantages of viral marketing as well. These include:

Do you want to be a viral marketer? Come on! Tell us what you think about our article on viral marketing in the comments section.

X
Interactive Marketing 101: A Guide For BeginnersMarketing EssentialsThe threshold of a successful business lies in the customer’s satisfaction with its products. For a business to function consistently, the wants and n…

What Exactly Is Viral Marketing?

by Aashish Pahwa
X
What is Word Of Mouth Marketing? [Ultimate Guide]…Marketing EssentialsBefore you start planning out your next major ad campaign, here’s something for you to think about. 75% of today’s buyers don’t believe advertisements…