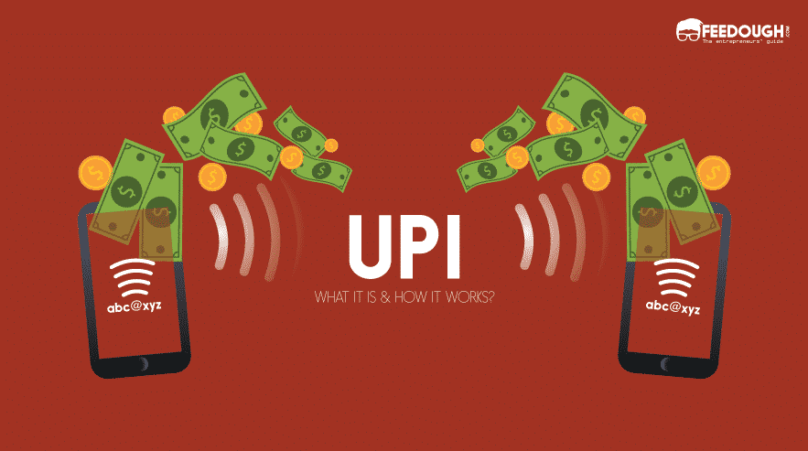 With the pace of technology breaching new avenues, it was time for our transaction routine to get a jolt. With payment app and gateway making way into our lives, a new technology UPI has started making waves. Some apps are even including UPI support as one of their distinguishing features. So what is UPI?

Before moving on to find out more about UPI, let’s first understand how did the traditional transaction routine work.

Let’s capture the history of transactions through the eyes of longest living people in the world – Mr Pay and Mr Receiver.

With the advent of banking, transactions depended on the wet signature.

Mr Pay, therefore, has to sign an authorised transaction paper so that Mr Receiver could receive the amount.

With the advent of computers, the functioning of a bank came at the ease of fingertips, and a new form of banking called net banking came into effect. Mr Pay can now use his personal computer at home and send money to Mr Receiver.

However, moving from a traditional method to this online method many steps were introduced by the banks.

Banks had to secure the transaction route otherwise a major compromise was waiting to happen just around the corner.

It could happen that Mr Pay did not want to send his money to Mr Receiver, but the amount was still being deducted, or Mr Pay’s account balance was decreasing, and it was someone else who was receiving the money.

Now banks have to keep track of the various merchants and their respective choice for banks, and it was overloading the system with all the checks put in place.

The Idea Of Unified Payments Interface

Banking officials of India decided to implement a system which was to provide a backbone for the inter-bank transactions and make transactions more comfortable and faster.

With this in mind, NPCI (National Payment Corporations of India) was established and inter-bank transactions were now to be taken by an NFS(National Financial Switch).

IMPS (Immediate Payments Service) is also an initiative of NCPI. If a customer uses the IMPS services, the transaction would be done in a matter of few seconds, but this also required the customer to enter banking details again and again which was a cumbersome task.

Enter UPI, which on a basic premise is the advanced version of IMPS.

Unified Payment Interface on a basic level is an advanced version of IMPS. It can be considered as a unique email ID for the payments, that is used by the banks to conduct the transaction using IMPS.

UPI is a two-pronged solution to the problem that the financial sector was facing at that time. One was the unnecessary overhead of authenticating third-party apps to be genuine, and the other one was the transaction itself.

The next question you might be asking yourself is how does UPI Work.

Read on to find out.

There are several hoops that Mr Pay and Mr Receiver had to jump earlier. With UPI, NPCI streamlined the process and made some changes to the approach of a transaction.

There are two major stages of the transaction now, and Mr Pay and Mr Receiver only need to focus on just one of them.

A PSP (Payment System Player) in the UPI ecosystem is a certified and trusted entity that acts on behalf of a bank. Mr Pay and Mr Receiver may be using different banks or different e-wallets, but for NPCI a PSP is just an endpoint for a transaction.

Since anyone can be a payment service provider, NPCI made a standard API for everyone to use and integrate into their system accordingly.

Do you remember the time when Mr Pay and Mr Receiever had to enter long details (account number, bank name, and bank IFSC) of each other to send and receive money?

Now when Mr Pay and Mr Receiver register with a PSP, they each get a VPA (Virtual Payment Address). This is as easy something of the form of [email protected].

It is natural to think of UPI as the next big game changer. The introduction of UPI has threatened the existence of major payment wallets like PayTM, PayPal etc. and also posed a major challenge to payment gateways like CCAvenue, EBS, Instamojo. However, there are still many challenges that UPI has to address.

Prior to UPI 2.0 most transactions were P2P (peer to peer). UPI 2.0 aims at facilitating peer to merchant transactions. Its features include – to allow customers to link their overdraft account to UPI, a creation of one-time mandates and pre-authorisation of transactions for payment at a later date, and checking the invoice sent by merchant before making payment.

Did we miss something?  Come on! Tell us what you think about our article on how UPI works in the comments section.