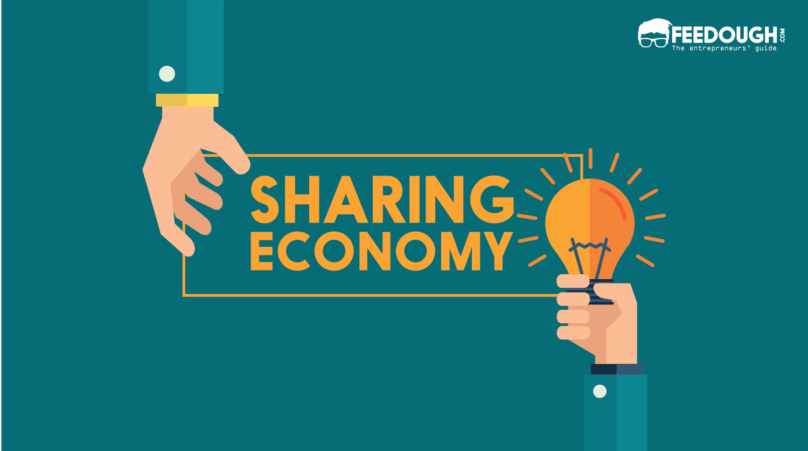 The World Wide Web has made all sorts of connections easier than ever since its inception. Over time, it became the catalyst for peer-to-peer networking, leading to economic opportunities routed through it.

But it’s not just data that travels through the Internet. What do the rounds is money, deficiencies, abundances and the will to come to the equilibrium of resources. Have an extra room? Share. Have extra money? Share. Have extra travelling space? Share. Anyone with high-value resources can make them accessible for those looking for it, at a negotiable cost, to your market: The Globe. That is what a Sharing Economy is.

Let’s look at one of the pioneers and understand.

What started off as a solution to rent problems, became the largest accommodation provider in 2017.

And it owns no property. Fascinating?

Back in 2008, founders of Airbnb, Joe Gebbia and Brian were stuck with an unbearable problem. Their problem: rent. They set up a basic portal with a map and rented out the extra mattresses. Poor guys even promised breakfast. Three people came and they decided to build on it. They refined the portal with money from selling cereal boxes and worked on the portal by enhancing the photography.

What Is Sharing Economy?

Sharing Economy (also called Collaborative Economy or Peer Economy) refers to economic activities which include owners renting out something that they are not using, or are not able to use up to complete potential, like a room, car, machinery, equipment, etc. to another party using Internet-based peer-to-peer networking.

With the increasing popularity of these services, it is going to be extremely interesting to figure out the novel opportunities that this model has opened up for you as well as the end consumers.

Ignited by the sparks of its known pioneers, Uber and Airbnb, peer to peer business ventures’ worth will grow from $18.8 billion in 2014 to a forecasted $335 billion by 2025, as forecasted by Forbes. 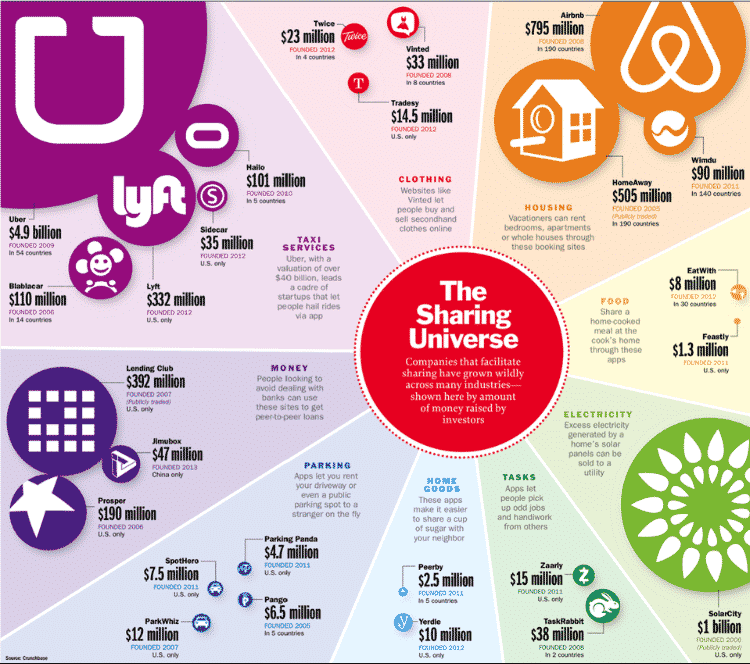 The number of industries that are seeing this entrepreneurial revolution is no more countable on the tip of your fingers. This format is spotted in a multitude of industries that we know of  – transportation (e.g. Uber, Lyft, Didi Kuaidi), accommodation (Airbnb, Couchsurfing), household management (TaskRabbit, Care.com), doorstep handovers (Postmates, Instacart), retail e-commerce (eBay, Etsy, Taobao), investment options for consumers (Lending Club, Prosper), currency options (TransferWise, Currency Fair), project  investment options (Kickstarter). Usually, what these organisations develop is a cheaper, faster and efficient mechanism of carrying out a business that deals with one or the other consumer requirement. In other cases, they pioneer services that are initially unheard of, but end up fulfilling a need that was potential in the recent past.

Conceptually speaking, you may have seen this kind of entrepreneurship or peer economy model before. Wars and catastrophes render disastrous social upheaval, leading to participative models of resource sharing. Flip through your history books and you shall find numerous examples of people coming up extras to meet the necessities of other people. Sometimes this kind of sharing ends up a fluke; sometimes it is an impressionable change.

No, you are not in a catastrophic era. But our economies are directed well if we acknowledge our shortage of resources with respect to population.

Remember the Italian Cooperative Movement in 1854?

Essentially, P2P businesses are a rendition of cooperative formats of economic coordination, which seem more user-friendly and accessible today because of the power of the Internet to penetrate as well as rejuvenate individual experience of participating in this economic model.

Facebook claims to earn its 23% of advertising revenue from ventures of the peer-to-peer economy, because of the high footfall by the audience for participative forms of business.

Challenges to the Collaborative Economy

Yes, it isn’t easy to get into business with peers!

If you are a business that relies on selling products rather than encouraging your consumers to share them, you are facing a subsequent threat that persists till the Internet exists. Studies claim that customers consider collaborating instead of purchasing products, if it results in cost savings of at least one-fourth of the latter, if it is easier, or if it offers access to goods of higher order brands. Similarly, collaborators can be converted to buyers for the same reasons. Ownership of product-based companies can join with collaboration based companies so that both benefit. A big uncertainty surrounding many collaborative economy companies is regulation.

Rules. They give you a hard time. Why do we say so?

P2P business organisations like Uber and Airbnb have faced popular regulation tussles in many cities that they operate in, where their arch competitors have devised the fear of consumer compromise as an assumption, which may be as many times valid as overblown.

The revolutionary entry of peer-to-peer business format into arenas such as hotels and cabs also has become debatable over the issue of the local regulatory framework. One of the arguments against collaborative platforms is that they tend to attain a competitive advantage by dodging local restrictions on licensing conditions. For example, many cities limit the number of hotel rooms that can be utilized for short-term rental, the number of taxis that can be floated or the pricing mechanisms of such businesses.

The present prevalent debate is stuck partly on opposing views of the essential purpose of local regulations. One side, a lot of the existing regulations function to prevent hazardous consumer treatment, like background check of drivers and vehicle for cabs. One can still be doubtful whether the feedback protocol of collaborative businesses such as Uber or Airbnb is enough to save consumers from exploitation as compared to licensing regulations imposed by authorities. On the other side, local regulatory restrictions still patronize incumbent firms by curbing and controlling competition. This kind of analysis sure tells us where peer-to-peer entry stands; somewhere where consumers enjoy utmost comfort in the form of lower prices and higher service quality.

This economy is like a software susceptible to bugs. The amount of dependence it has on local genteel can make or break its fate. 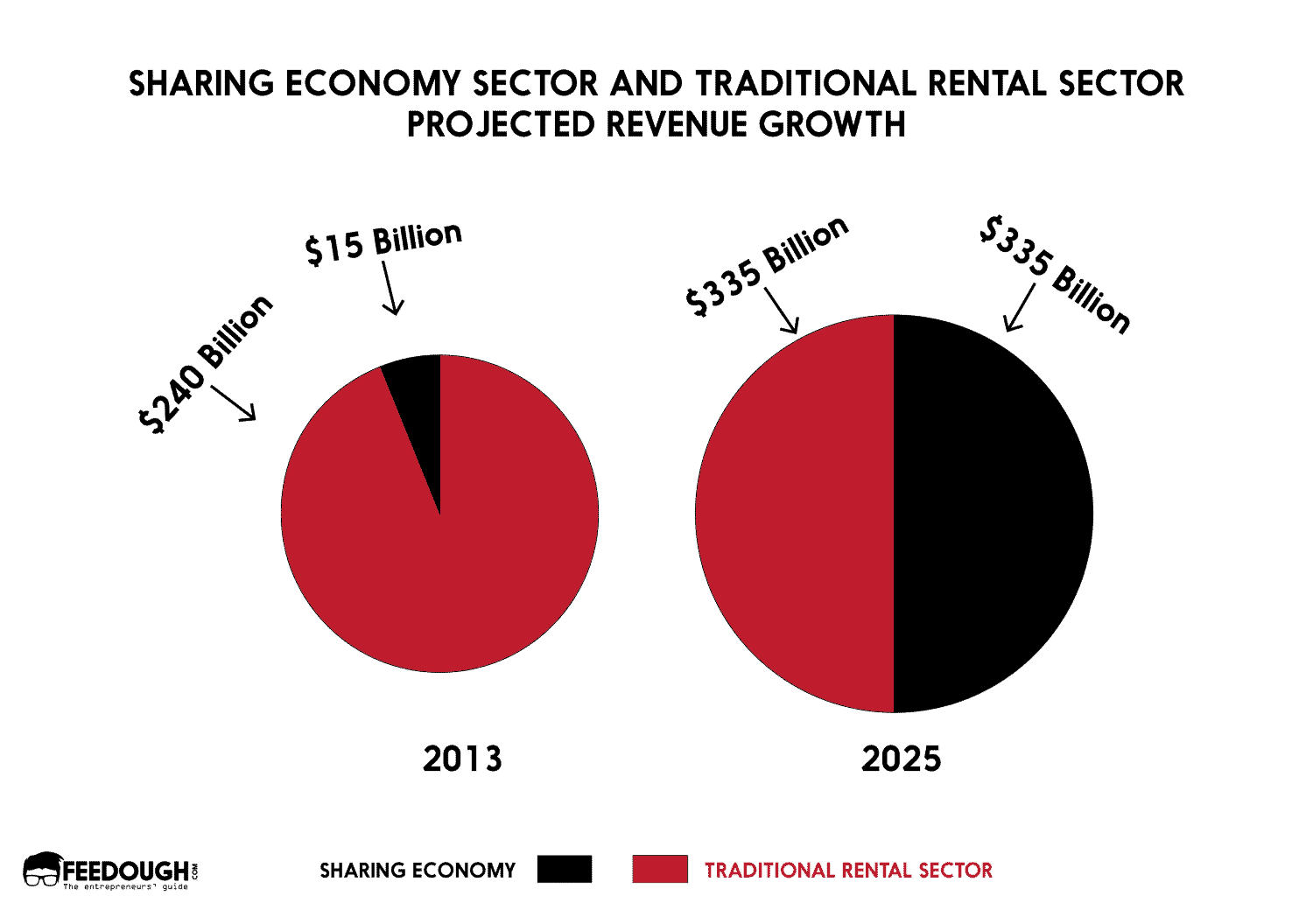 Morgan Stanley says, after 2016, 8 on every 10 new businesses that come up, try to incorporate peer-to-peer networking as a feature of their business model to raise funding. This is because of the promising performance of this format.

A big determinant for us to encompass all aspects is whether the idea of sharing economies will be able to triumph as an economic formula in ways that justify their overvalued position in the open market.

TWO issues, that’s all you need to consider, to ace your spot in this economy.

There are some plausible arguments to believe that marketplaces gain from economies of scale, because they may have wider alternatives for buyers & sellers with corresponding demand and supply. But rapidly waving consumer urge to experiment is surely outliving traditional theory, as can be seen from the phenomenal growth in the sector we like to call The Give and Take Economy.

Did we miss something?  Come on! Tell us what you think about our article on Sharing Economy in the comments section.

Sharing Economy: Advent Of The Give And Take Economy