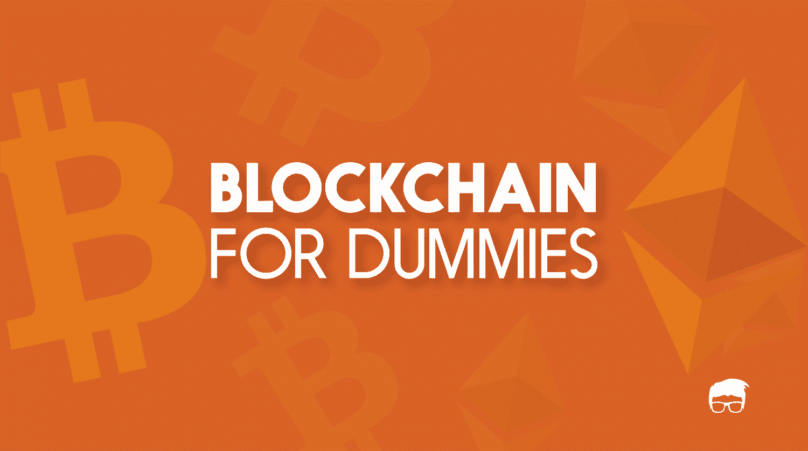 Bitcoin, Ethereum, Litecoin, Ripple are words all of us have been bombarded with in the past year or so. So much has and is being written on cryptocurrency, more so since almost all forms of it are skyrocketing in value that it is impossible to avoid discussions on the same.

Cryptocurrency transactions take place between users directly without the need of an intermediary. But have you ever wondered how that is made possible?

These transactions are powered by something called the Blockchain.

Blockchain is a public distributed ledger where digital transactions are recorded. Blockchain represents a new way of how information is shared in this world, with the potential of becoming the cornerstone in information sharing in the years to come. Since it is a secure, public electronic ledger, it can be shared between various users with all transactions recorded with a time-stamp and linked to the previous ones. While it was initially developed as the accounting principle for Bitcoin, its usability has surpassed that to move to various other real-life applications.

How Does Blockchain Work?

Blockchain consists of blocks, each of which records some recent transactions. These blocks go into the Blockchain permanently. New blocks are generated as soon as old blocks are completed. All such blocks are connected to each other in a linear and chronological manner, with each block containing a hash of the earlier block. The Blockchain has all the information, right from the first ever block to the most recent one.

The Blockchain was designed such that the transactions contained in the blocks are permanent. They can never be deleted or copied, though they can be distributed. Moreover, since every block requires complex cryptography to be added, they remain almost fool-proof. That being said, Blockchain shall continue to grow in size because of its design, thus leading to serious storage issues in the future.

Blockchain databases are managed autonomously for information sharing between two different parties. Because it is a peer-to-peer network with a distributed time-stamping server, it does not need an administrator.

The users are the administrator.

You are the administrator!

The need for third-party is eliminated in Blockchain because it is the users who validate every time one person pays another for something. The transaction details are recorded into blocks publicly after which it is verified by other users. All the participating computers, also called nodes, share the Blockchain database. Every node receives a copy of the Blockchain, thus getting public records of every transaction ever executed.

As Blockchain is adopted more and more by various institutions, as it is already happening, it will lead to major cost savings.

As an electronic ledger, it is easier to maintain and more automated than traditional accounting systems. Less human intervention means fewer errors.

Processing delays will be minimized and risks of pending transactions mitigated. Brokerage charges will be a thing of the past.

The processing of payments in cross-border trades will become much more efficient and smoother. For example, Blockchain systems can have payments triggered when particular conditions are fulfilled, and thus partial payments can be made as soon as the shipment reaches a certain geographical location.

Blockchain is revolutionary and powerful. With it comes the power to change the face of various industries.

So, what can Blockchain do?

Blockchain eliminates third parties. Why does one need any intermediary when Blockchain can power peer-to-peer payment between two parties?

Just imagine ride-sharing without an intermediary like Uber or finding hosts in new countries without Airbnb. The true potential of a sharing economy can be unlocked only with Blockchain.

Blockchain can take the concept of crowdfunding to the next level. Case in point being the Ethereum-based DAO (Decentralized Autonomous Organization) which raised $200 million in just two months. While the project eventually failed after a hacker attacked it, it did give us a glimpse of what the future of crowdfunding could be like if proper due diligence is followed.

A public distributed ledger like Blockchain can make governance fully transparent and efficient, be it corporate or national. The common man will have a greater say in various affairs.

Distributing files across the network can avoid data loss and prevent hacking of confidential data. A distributed ledger like Blockchain shows us the manner in which it can be implemented.

Copyright holders do not have real control over their intellectual property. There is tons of pirated content available for free on the internet and as a result, the creators lose a lot of money. Blockchain can help automate the sale of content online and eliminate illegal redistribution.

IoT will require automation of remote systems management and Blockchain makes it possible. The huge amount of data that IoT shall produce can be very efficiently stored in the Blockchain. Even transactions between various nodes in IoT can take place through Blockchain. The biggest players in technology like IBM, HP, Samsung etc. have identified the significance of IoT and are vying for dominance there.

A distributed ledger like Blockchain can offer better methods for proving your identity than the currently-in-use ones. The most important highlight of Blockchain is its ability to establish digital trust without the need of a third party. Blockchain can be the first solution that can move past the technical challenges of such an initiative to create a universal online identity solution.

Trade confirmations can take as long as three days currently. With Blockchain, since it is peer-to-peer, these can become almost instantaneous and eliminate many bottlenecks. The middle parties are removed from the entire process. Many stock and commodities exchanges have started trying out Blockchain application prototypes for many of their services.

The Future of Blockchain

We have just mentioned few applications where Blockchain could play a useful role.  The fact that Blockchain can be used to authenticate and authorize everything without any third party has many implications in almost all spheres of life and that is something everyone as of now is trying to figure out to the best of their ability.

Blockchain provides opportunities in every field to create something secure as well as flexible. The demand for such services is rising on one hand and the technology is improving rapidly on the other. There is no limit to what can be achieved with its help and where it can be used. Blockchain will only become more mainstream with time.

Did we miss something?  Come on! Tell us what you think about our article on blockchain for dummies in the comments section.