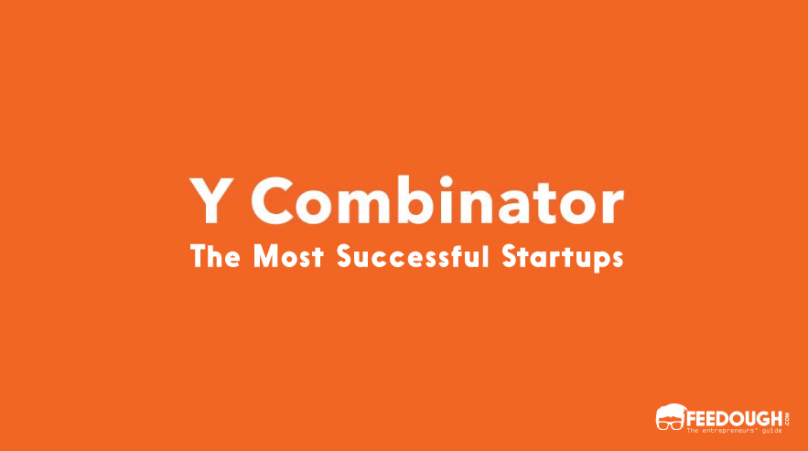 There are startup accelerators and then there is Y Combinator. Y Combinator has helped fund and grow over 2,000 startups under its YC Growth Program since it was first started in 2005.

As Y Combinator themselves put it, the YC Growth Program is –

It accepts new startups into its program in two batches (Jan-Mar & Jun-Aug), each lasting three months.

Here’s how it functions –

Y Combinator is considered to be one of the most successful startup accelerators in the world. Just the cumulative worth of the top 100 companies to have come out of Y Combinator alone is said to be over $155 billion and these companies have helped create over 50,000 jobs.

Let’s look at the top 15 most successful startups to have come out of and benefitted from Y Combinator.

Stripe is an American company that was founded by Patrick Collison and John Collison in 2009. Stripe facilitates businesses and individuals using its product to send and receive payments using the Internet.

Stripe follows a product-based business model and was a part of Y Combinator’s Summer 2009 batch. It is currently valued at over $36 billion as of April 2020 and employs more than 2000 employees.

Airbnb is a community based online marketplace that helps connect property owners and travelers – house owners can rent out their rooms or properties to travelers using the Airbnb platform. Airbnb was founded by Brian Chesky, Joe Gebbia, Nathan Blecharczyk in August 2008.

Airbnb follows the sharing-based business model – where it helped bring together and connect travellers and property owners. In 2009, it obtained $20,000 as seed. Airbnb is currently valued at over $18 billion (dropped from the previous $31 billion due to the COVID pandemic) as of April 2020 and employs more than 6000 employees.

Cruise is an American automotive company that is currently building advanced, autonomous, self-driving cars, bikes and other electric vehicles. Cruise was founded in 2013 by Kyle Vogt (Twitch Founder) and Dan Kan and was acquired by General Motors in 2016.

Cruise was a part of the 2014 Winter batch of the YC Growth Program and raised around $4.3 million as seed funding. Cruise employs more than 1400 employees as of late-2019.

Coinbase is a cryptocurrency exchange that was founded by Brian Armstrong and Fred Ehrsam in 2012. Coinbase is based in San Francisco, California, and is one of the leading places to trade, sell, and buy digital currencies like Bitcoin.

Coinbase follows a fee-based business model, wherein it charges users with a fee for using its platform. Coinbase was a part of the 2012 Summer batch of Y Combinator and employs more than 1000 people. Coinbase was able to raise over $600 million in funding during its initial stages of development under Y Combinator and has a market cap of around $8 billion as of late-2018.

Instacart is a grocery delivery and pickup service that operates in North America and Canada. Instacart was founded in 2012 by Apoorva Mehta. The USP of Instacart lies in the fact that it promises 1-hour delivery of the groceries you ordered on its site.

Instacart follows a sharing economy-based business model, wherein it acts as a platform connecting stores and consumers to provide s hyper-local on-demand grocery delivery service. Instacart was a part of Summer 2012 Y Combinator batch and currently employs more than 1100 employees. It follows a fusion of e-commerce and hyperlocal on-demand grocery delivery business model and is currently valued at over $7.5 billion as of mid-2018.

Dropbox is an American software company that provides online file hosting services for its users. Dropbox was launched in 2008 by Drew Houston and Arash Ferdowsi and has become one of the major methods for people to share files to others over the internet.

Dropbox follows the freemium business model wherein it provides most of the services for free while the advanced features can be availed after aligning up for either of their paid plans. Dropbox was a part of the Summer 2007 Y Combinator batch and it currently employs over 2,300 employees while being valued at over $12 billion as of late-2018.

Ginkgo Bioworks was a part of the Summer 2014 Y Combinator batch and currently employ around 270 employees.

Gusto was a part of the Winter 2012 Y Combinator batch and currently employe over 1,000 employees.

Flexport is a freight forwarding company that aims to make the logistics behind the freight forwarding industry more transparent and efficient using its robust management software and solutions. Flexport was founded in 2013 by Ryan Peterson and is based in San Fransico, California.

Rappi is a Colombian startup that is developing on-demand delivery services for the Latin American regions such as – Colombia, Argentina, Brazil, Chile, Costa Rica, Ecuador, Mexico, Peru, and Uruguay. Rappi was founded in 2015 by Simon Borrero, Felipe Villamarin, and Sebastian Mejia.

The Rappi app is sort of a “super-app”, wherein you can make food delivery from different restaurants and grocery stores, order medications and drugs, order alcohol, apparels, and electronics, all from within the app itself. It also allows its user to run their errands – pay bills and deliver cash – using its courier services. Rappi a part of the Winter 2016 Y Combinator batch and currently employs over 3,900 employees.

Brex is an American technology company that helps provide financial services such as credit cards and cash management accounts to businesses. Brex was founded in 2017 by Henrique Dubugras and Pedro Franceschi.

Brex follows fee-based business model, wherein it charges users with a fee for using its platform. Brex was a part of the Winter 2017 Y Combinator batch and currently employs around 300 employees.

Reddit is an online forum-styled, discussion & social news aggregation website that promotes itself as the “front page of the internet”. Reddit was founded in 2005 by Steve Huffman and Alexis Ohanian.

Advertisements and subscription-based membership plans are the major sources of Reddit’s revenue. Reddit was a part of the Summer 2005 Y Combinator batch making it oldest company in the top 15 list to have arisen from Y Combinator and currently employs around 300 employees.

Gitlab is a DevOps platform – a set of practices that help shortens the development and updating of software – that provides Git-repo management all under a single application. Gitlab was launched in 2011 by Sid Sijbrandij and Dmitriy Zaporozhets.

Gitlab follows a subscription-based business model, wherein it generates most of its revenue with its paid plans that offer extra features to its users. Gitlab was a part of the Winter 2015 Y Combinator batch and currently employs over 800 employees at their firm.

PagerDuty follows a subscription-based business model, wherein it generates most of its revenue with its paid plans that offer extra features to its users. PagerDuty was a part of the Sinter 2010 Y Combinator batch and currently employs around 500 employees.

It is worth noting that both Stripe and Airbnb – the top 2 companies in the list – would have failed if not for Y Combinator, it surely would be a different story for them now.

Own a startup or have an idea? It does not hurt to try and you too can apply for Y Combinator program to grow your startup or make your idea come to life.

Did we miss something?  Come on! Tell us what you think about our article on The Most Successful Startups From Y Combinator in the comments section.

The Most Successful Startups From Y Combinator