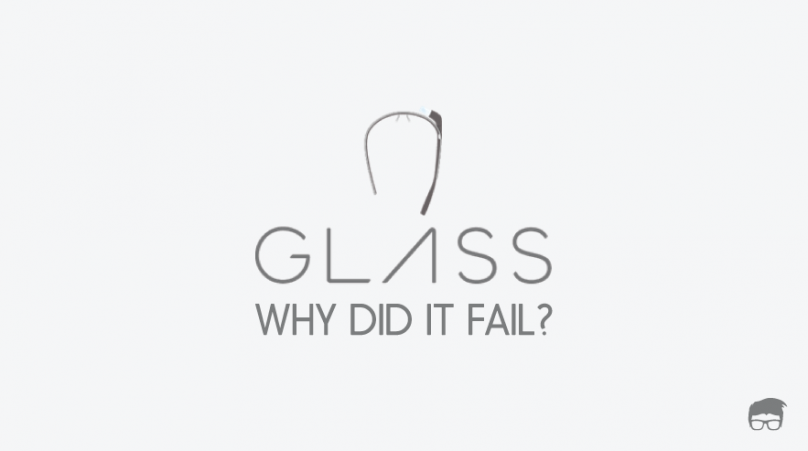 Google Glass was this new wearable device touted to be the future of wearables and the next stepping stone after smartphones in the field of personal technology.

Google publicly announced the development of the Google Glass in April 2012 and officially unveiled it to the public in May 2014.

But fast-forward to 2020, there is no mention of the Google Glass anywhere nor has the majority of the public seen the Glass in person.

How did something so futuristic and hyped vanish into thin air?

To find out, it helps to know about the basics of Google Glass and how it functioned.

The Google Glass looks like any other eyeglasses in the market with the only exception being the presence of a mini-computer attached to the one side of the frame with a tiny projector acting as the display.

While you might think that it would be hard to focus on the display when it is positioned at such proximity to your eyes, but the projector beams the image using a prism directly to the back of your retina.

The transparent nature of the prism enables light to pass through naturally, allowing you to see the rest of the surroundings while you perceive the display as a floating 25-inch television viewed from a distance of 8 feet.

Apart from the projector, it also featured –

It was a budget smartphone mounted on right your head – replete with a camera, GPS and all – acting as a heads-up-display (HUD). But for the Glass to function, it needed to be paired to a smartphone via a standalone app called My Glasses App.

Upon connecting to your smartphone, the Glass would display your notifications and even featured a quite competent voice recognition system replying to messages in short bursts. Interacting with it could be done by two ways – either via the touchpad which allowed you to swipe as if you were using a smartphone display or via voice commands triggered by saying the phrase “Ok, Glass”.

Google Glass was built to supplement your daily activities by overlaying useful information about the current task or by providing different options for capturing the moment. It would do so by constantly monitoring the things that you were looking at via the camera, your location via GPS and your speech using its microphone.

The list of ways in which the Glass could help augment reality and boost productivity was endless. Here are a few things that Glass could already do when it was officially launched in 2014 –

Things would have worked out in Google’s favour only if it was the ideal universe out there, which it is not. By now, you would have already found a glaring issue with the presence of constant monitoring via the camera, microphone & GPS.

Why Did Google Glass Fail?

Google Glass with its constant monitoring of your location and the presence of camera meant that it could be recording or taking photos at any time without users even realizing it. Due to this, the product was banned at many locations including theatres, casinos and medical centres, where it could be used to record stuff illegally.

People have come to realize that their digital lives matter and privacy is of major concern. This situation is only going to increase as more things shift to online – be it socializing or doing work.

The Google Glass needed the user data that it collects using the various sensors to provide useful information and that was not a tradeoff that most were willing to make.

Google launched the Google Glass in stages – The product was first launched in 2013, but not to the public. Instead, it was sold to a select group of tech enthusiasts who were called “Glass Explorers” for about $1,500.

While Google must have done so for obtaining feedback, the tech enthusiast crowd were not the right beta testers since its key features proved to unbeneficial to them. They were well-versed with their smartphones and could achieve everything that the Glass offered using their phones. This mix-up in marketing led to the Glass receiving negative press coverage right from the start.

However, the hefty price of $1,500 also made the product unattractive among regular consumers. Even though the product was an early prototype and an experimental device, the large price tag combined with the negative press made for a poor initial impression on the public. Remember, this was at a time when the highest-end smartphones sold for around $500 and the $1,000 iPhone X was still four years away.

Even for 2013, Google Glass’ design was seen to be unattractive. With its asymmetrical design, fairly noticeable projector lens and the big component housing, the Glass looked more like an unfinished prototype than a premium product deserving of the hefty price tag.

Though Google promised great things to come out of Google Glass, the execution was not on point. The product was in beta stages for years, and even then, the commercial release was plagued with issues such as – mediocre battery life, constant freezes and overall sluggishness while using the device.

This further emphasized the product’s prototype-ish nature in the eyes of the public.

Failed To Create Demand Or Use-Cases

The Glass as a product aimed to solve problems that never existed in the first place. Need directions? Your smartphone had apps to take care of it. Need to check your mail in a jiffy? Your phone’s lock-screen provided the same information as the HUD on the Glass would show you. It was a product that had not much demand or use for the public to be willing to invest $1,500 into.

Google wanted to use Glass to create a new product category and in-turn create demand for said category and not the other way around. For that to work out in Google’s favour, the product had to genuinely provide the experience that it set out to achieve. Instead, what people got after years of development was a half-baked user experience which failed to bring anything new to the table other than the novelty factor of being able to view the same stuff displayed on your smartphone overplayed over your vision.

Yes, Google Glass failed as a commercial product among the masses.

Was it doomed from the start?

Was it a complete failure?

While the commercial launch of the Google Glass failed, Google found out that its product was of great value to enterprise users and use-cases. So, Google has taken started focusing on this alone while it discontinued the regular Glass in 2015.

There has been quite a lot of advancements made in the field of Augmented Reality (AR) and Virtual Reality (VR) since Google Glass was first launched in 2013. The AR & VR market has also gotten more competitive with newer products such as – Microsoft’s Hololens, smartglasses from various tech manufacturers and the upcoming Apple Glass. Meanwhile, Google seems to be comfortable that it found its niche for its Google Glass and looks like it will stick to it for a while.

Did we miss something?  Come on! Tell us what you think about our article on why Google Glass failed in the comments section.