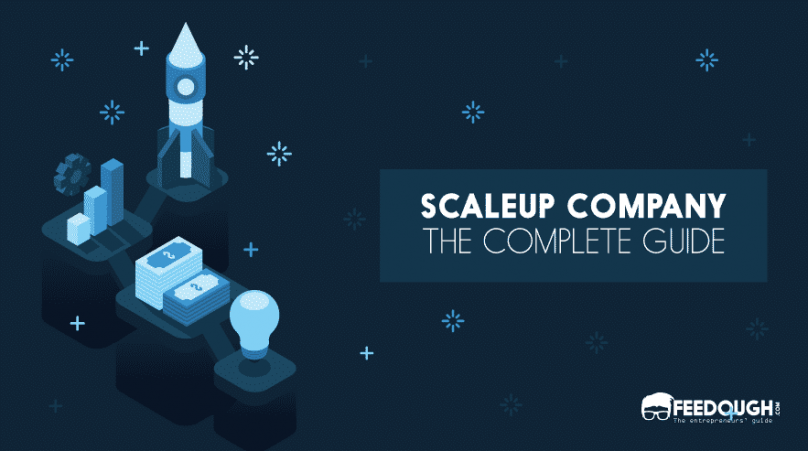 So you’re an entrepreneur with a clear startup concept in mind. You’ve been working on this idea for the last 1.5 years and you now own an office, a team of 4 or maybe 10, a .com, .io, or .ly domain and are almost close to establishing your revenue model. Still, it is highly likely that an investor will say no to your startup even after all this hard work.

Because you haven’t validated your concept yet, haven’t proved that your unit economics as sustainable, and all you have are predictions about how well your startup can perform in another 5 or 10 years.

This is where you wished you were a scaleup and not just a startup.

What Is A Scaleup?

A scaleup (also called high-growth startup/enterprise/company) is a company that has validated its product and proven that its unit economics are sustainable by having an average annualised growth of at least 20% in the past 3 years. According to OECD, the annualised growth can be measured in terms of the number of employees or turnover.

3 new startups launch­­­ every second and 90% of them fail. With such astonishing facts, investors are now more inclined towards startups and businesses with more credibility and sustainable unit economics. Scaleups are these new credible startups.

A Startup spends most of its time and resources in finding its place in the market. It experiments using the funds provided to it by the investors and run tests to find the most profitable positioning. Once it succeeds in finding the best product-market fit. It sticks to it for a while before it scales up.

Once a startup scales up, it is no more a startup. It has an operational system in place, a recognisable management hierarchy, set roles for every team member, and most importantly an idea validated by the end consumers themselves.

Here’s what separates a scaleup from a startup –

The most important difference between a scale-up and a startup is that the scaleup has found and perfected its product-market fit. It has already validated its assumption about the customer segments, competitive advantage, customer acquisition costs, product features, and pricing strategies. It has enough data to prove that if an investor invests $X, he can expect a return of $Y in a defined time period.

On the other hand, startups might still be experimenting with its strategies and not sure about the product-market fit, competitive advantage, customer acquisition costs, etc. The funds invested in them might be used more for such experimentations than usual business.

Since scaleups have found their place in the market, it is highly likely that they’ll stick to their business concept and do what they’ve communicated to the investors. Whereas, startups that have not figured out their product-market fit may pivot if someone in the team comes up with a better idea.

A startup usually has 10 or less than 10 employees. However, a scaleup has a minimum of 10 employees and witnesses an employee growth rate of at least 20% every year.

It is not new in a startup for team members to take more than one role. Usually, there are no fixed duties and almost everyone does more than what he was hired for.

Scaleups, on the other hands, have a narrow and more defined team and employee roles. They have different employees assigned to different jobs.

Experimentation is an inherent characteristic of a startup that results in unsystematised operations. However, once the startup becomes a scaleup, it knows what works and what doesn’t. This put the systems in place which the team members follow so as to maintain quality control, effectiveness, and efficiency.

As the startup upgrades to a scaleup, its responsibility increases and it becomes accountable to investors for better results and customers for promised performance. It no longer has the flexibility to pivot in response to incoming feedback, data, and ideas. Hence it becomes more risk-averse compared to when it was just a startup.

Uber took less than 5 years to earn the status of a unicorn. The company capitalised on the unorganised cab sector by utilising the aggregator business model. Even though the work started unorganised and the business model and even the name saw drastic changes, the company became a scaleup in 2011 when it launched its service in Paris and started increasing its employees at a constant rate.

Founded in 2006, Hubspot created a market for inbound marketing by introducing the alternative to traditional marketing. The company started scaling in 2007, hired a lot of employees to increase sales and became a unicorn in less than 10 years. The company is now a perfect example of a scaleup that has witnessed an average revenue growth of 35.18% year on year, to $ 144.02 million in 2018.

Did we miss something?  Come on! Tell us what you think about our article on scaleup company in the comments section.

What Is Scaleup Company?