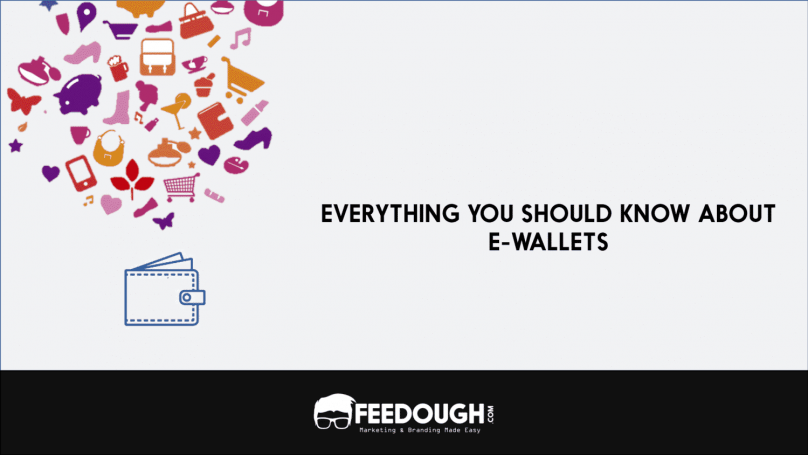 It’s the new age of the digital world and eWallet is in the spotlight.  With the development of technology and demonetization of higher currencies in the country, electronic and in-app wallets have emerged as an alternate payment option to cash. But the companies have all the plans to remove the prefix alternate and increase their market share substantially.

What is an eWallet?

eWallet is an online prepaid account used to store money and transact online and offline through a computer or a smartphone whenever required. It is a pre-equipped electronic wallet which, just like a real wallet, is used by the customers to transact immediately (and securely). Unlike Bank Accounts, eWallets are considered to be a fast mode of digital transactions.

Types of eWallet in the market

Mobile wallets are used for numerous transactions, be it shopping (online and offline), payment of goods and services (including financial services) or transactions through ATM. However, the scope of their usage depends on the wallet type.

Electronic Wallets doesn’t (usually) pay interest to the users. But they do to the companies operating them. It all depends on the type of wallet. According to the Reserve Bank of India (RBI), there are three kinds of wallets prevalent in the Indian Market:

Companies like Flipkart.com, Makemytrip.com, Bookmyshow.com etc. issue closed wallets to their consumers. The money stored in these wallets can only be used to transact with the companies who have issues such wallets. Closed wallets are online accounts where money gets credited in case of a refund due to cancellation or return of a product or service. Some companies even earn interests on these deposits.

Semi-Closed Wallets are the payment wallets prevalent in the system. Wallets like Paytm Wallet, Freecharge Wallet, Citrus, Oxygen, etc. are labelled as semi-closed wallets. An RBI approval is required to start and operate a semi-closed wallet. These wallets can be used to transact online and offline which include buying goods and services, financial services, payment of fees, premiums, etc. through/to merchants which have a specific contract with the issuer to accept the payment instruments.

Since these wallets are handled by non-banking agencies (banks and non-banking financial agencies cannot issue semi-closed wallets), they are required to deposit this money in an escrow account with a partner bank. Interest on these deposits depends on the agreement between the payment company and the bank.

Launched in 2010, Paytm is India’s largest mobile commerce platform. Paytm wallet, because of its amazing marketing and operation strategies, has been able to capture maximum market share of this industry. Its investors include Ant Financial (AliPay), SAIF Partners, Sapphire Venture and Silicon Valley Bank. The wallet can be used to send money directly to bank accounts as well.

Paytm is the first company in India to receive a license from the RBI to start a payments bank.

Owned by Snapdeal, Freecharge is an e-commerce website just like paytm which also offers an online wallet features to its users. Freecharge wallet positions itself as the fastest e-wallet in India where one can even transfer money through WhatsApp.

Started in 2009, Mobikwik currently is among the top eWallet service providers in India. Mobikwik offers various features to its users. Users can add money using debit, credit card, net banking and even doorstep cash collection service and make payments for products and services in one click via the mobile app, Web site, SMS, or by dialling a number.

Oxigen, in the market since 2004, has a very distinctive USP where it has partnered with VISA and issued a virtual Prepaid VISA feature which lets users pay online with Oxigen Wallet anywhere they see a VISA logo.

However it has loads of limitations which resist users from using it as a primary their primary eWallet.

However, Airtel is the first company to actually launch a Payments Bank in India which can be operated with Airtel Money Application.

Open Wallets can only be issued by banks or in partnerships with banks. These wallets can be used to perform all the transactions of semi-closed wallets plus withdraw cash at ATMs or banks and transfer funds. M-Pesa by Vodafone and ICICI bank, Pay Zapp by HDFC Bank, etc. are few open wallets in India.

Difference between an eWallet and a Digital Wallet

MasterPass by Citibank isn’t the same as Paytm Wallet. The term Digital Wallet cannot be used interchangeably with the term eWallet/Prepaid Wallet.

E-wallets or Prepaid Wallets require money to be loaded in them prior to any transaction (online or offline). E-Wallets like Paytm, Mobikwik, etc. can make you go cardless only if you load money to their wallets.

However, some companies, like Paypal, provide both eWallet and digital wallet services.

How to use an eWallet?

eWallets have revolutionized the market habits. Transactions are becoming more digital with more people adopting to eWallets because of their ease and pace of operation.

Leather Wallets are no more a fashion trend. It’s the E-wallet which has taken the spotlight. While online and mobile banking has been around for a long time, E-Wallets have made it even easier and faster to transact online and offline. The mobile wallet transactions are estimated to leapfrog from Rs. 5,500 crore in 2015-16 to Rs. 30,000 crore in 2022 with a 9.5% month-on-month growth rate.

E-wallets have surely revolutionized the market but there’s one step that can be (and has been) eliminated – loading money to the wallets. Many new applications (like phone pe) has been released which let users transact using their bank account balance directly. Hence, wallet service providers, to stay in the market for long, has to keep innovating and changing their business model. Payments banks have already emerged in the market and will lead e-wallets soon.

Did we miss something?  Come on! Tell us what you think of our article on eWallet in the comments section.

eWallet | Everything you should know about Prepaid Wallets