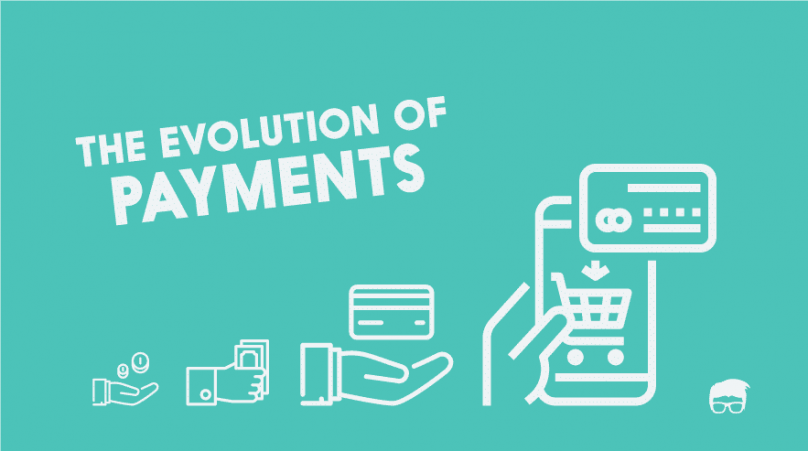 Every now and then I think about who invented money? Who conceptualized transactions? Well, we might never know because according to historians it dates back to as early as 5000 B.C (before the wheels were invented). So how did we get from trading barley to bitcoins (and other cryptoassets)?

To start with, the basic idea of payment is to trade something for something else that we have assigned a value to. Your $100 bill holds value only because the bank says it does, right? That’s where it began. We decided that a particular commodity is of value to overcome the pre-existing barter system.

So the timeline for the evolution of payments would be:

Contents show
1 Why Exactly Is Understanding Payments A Good Tactic?
2 The Rise Of Digital Payments
3 Why Are E-Wallets So Popular?
4 What Is The Future Of Payments?
5 What Are The Present Metrics And What Do They Mean?

Why Exactly Is Understanding Payments A Good Tactic?

Payments are the most underrated part of the trade process in any business.

Even though payments are the most basic interaction that the business has with the customers, most of the businesses just overlook how the customer actually wants to pay.

Non-availability of the preferred payment structure could break the customers’ trust and even make them choose your competitors over you.

The most notable aspect in the evolution of payments is that it has always moved towards a more convenient option.  You know how payment systems have changed with time and thus it will only make sense to keep up with it.

The Rise Of Digital Payments

Why did we go digital?

30 years ago, the model of cash and banking was a convenient system. The population wasn’t enormous and banks could handle their customers as well as maintain a dynamic one to one relationship with their account holders. Going to a bank was a part of daily chores and was hardly seen as an unnecessary effort. Banks provided security for your earnings and helped you make transactions smoothly. However, with time banks had to increase the number of branches to maintain smooth function. Population multiplied and operations started getting a little cluttered. Thanks to technology, this sector evolved.

With IT developments and the introduction of the world of internet people, electronic payments became the new face of payments. People started using e-payments more and more and with its progress you could send money to someone on the other side of the world with a click, thus making outsourcing a common term. The evolution didn’t stop here, e-payments evolved into e-wallets where you could load money into your prepaid wallets where you can pay easily to anyone with a tap, with NFC or by just scanning their QR codes. Of course, more secure lines developed when cryptocurrencies joined the race. These were off the grid, a decentralized system that no one could track made the payment secure but it is not fully functional as a lot of countries doubt its use.

This has, of course, derailed the usual course of what banks used to do. A bank would concentrate on customer relations, account openings, loans, withdrawal etc. but payment usually was a behind the scenes role. However, it was one of the most important parts of a customer’s life. With the upgrade in the payment system, the banking sector moved on to upgrade them too. Banks came up with the concept of a payments bank. This would enable a customer to operate digitally rather than coming down physically to a bank. Of course, mobile banking soon followed and a lot of your bank affairs could be managed by the device in your hand.

Why Are E-Wallets So Popular?

The success of any model depends on customer satisfaction, and this is where e-wallets got the brownie points.

We moved into smartphones era, where smartphones are essential. Everyone has a smartphone and it is much more convenient to operate a smartphone than to count and give cash from actual wallets.

E-wallets are clean, easy to use and are much quicker than standard transactions.

Splitting the bill, paying bills with a click and sending money to a remote relative is very easy now thanks to e-wallets.

Better Security: It is harder to lose money or get scammed while using e-wallets.

However, we still carry cash and debit/credit cards with us. This means that e-wallets aren’t completely developed yet. They are on their way to becoming the superior method of payment but they aren’t completely there yet.

What Is The Future Of Payments?

Trends speak for themselves, and we like to be in control of every aspect of payment and the physical act of actually paying is a pain now. Thus we now have invisible payments.

What are the invisible payments?

In simple words, you use a service and walk away without paying manually.

Invisible payment isn’t a new concept. We have been using invisible payments for cab rides with Uber. All you need to do is book a ride, reach your destination and walk away without doing a thing. Uber deducts money from your wallet directly.

Now, this has always been in the services sector as it would only make sense because billing a product is a part of normal routine. Or is it?

On January 18, Amazon opened doors to Amazon Go for the general public. If you don’t know about Amazon Go, it is a cashier less store where customers just have to grab their groceries and Go. All you need to do is scan your Amazon pay account at the entrance/exit and Voila! Grab what you want and leave the rest on computer vision and deep learning. With time, invisible payments will spread its roots and we will see an era of revolutionary invisible payment.

What Are The Present Metrics And What Do They Mean?

A recent study by Mintel shows around 40% of US consumers have used at least one digital payment and more than 60% use it on a frequent basis. The TSYS US consumer payment study says 51% of respondents showed interest in using mobile wallet over credit or debit cards. This can be seen in the real life as facilities like PayPal and Venmo are common terms in the day to day transactions.

The rise of digital payments in China is phenomenal as the country recorded mobile payment transactions of 81 trillion yuan (12.8 trillion USD). Alipay and WeChat pay are the clear winners in the mobile transaction industry. A normal Chinese citizen can get through his day to day life without carrying his wallet. YES! China has quickly adopted and adapted to the mobile payments and the model looks like a viable one if China’s market is to be followed.

What do these metrics mean? These numbers are a clear indication that more and more people are getting comfortable in choosing mobile payments as a mode of transaction. This has led to a revolution in payment methods all over the world. E-commerce websites need to ensure that their payment gateway is capable of accepting all the popular mobile payments. Most retail stores are upgrading themselves and accepting mobile payments as an option. This is because the metrics clearly show us that the masses are ready to move ahead, and with time as a seller, you need to be ahead and accept the mode of transaction they are comfortable with.

Did we miss something? Come on! Tell us what you think about our article on The Evolution Of Payments in the comments section.

The Evolution Of Payments