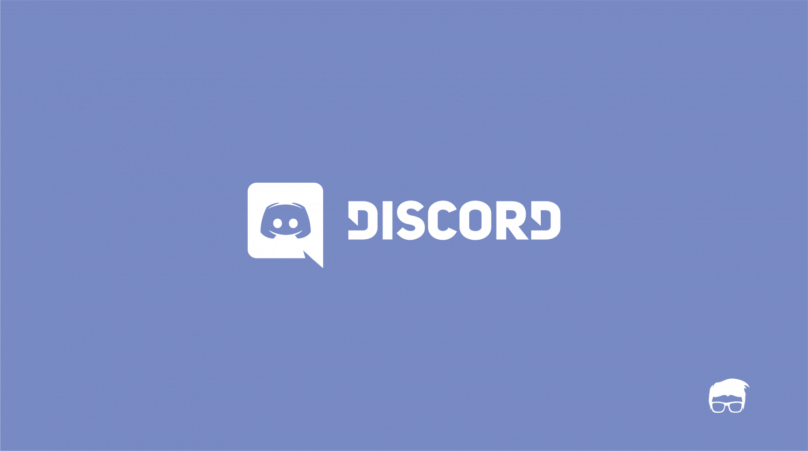 There are over 2.2 billion active gamers in the world which generated a whopping 108.9 billion in game revenues in 2017. What’s a better game based business model than a one which connects these gamers, let them have a voice chat while playing, and help them make communities and interact with their gaming friends while not playing?

Discord is a freeware software dedicated to all this.

Discord is an all in one text, voice, and video chat application dedicated to the gamers around the world. This free application focuses on a hassle-free voice and text chat experience during the games and building of communities outside the game.

When using Discord, you participate in themed servers which can be created by anyone logged in on the application. The same servers can be joined by others who have the invite or participation link. The server admins can host text and voice channels which are used by the members to discuss different topics. Even though Discord’s target market is gamers, the platform is used by many other interest groups ranging from music, art, entrepreneurship, to spirituality, etc.

Discord vs. Skype vs. TeamSpeak

Discord became a huge threat to Skype and TeamSpeak ever since it was launched in the market. These traditional chat applications aren’t free (freemium business model), are heavy, involve risk of DDOS attacks, and aren’t dedicated to the gamers. Discord, on the other hand, is free, can be used on a browser, isn’t heavy, is safer, and involves every feature a gamer requires to hold a voice chat while playing. 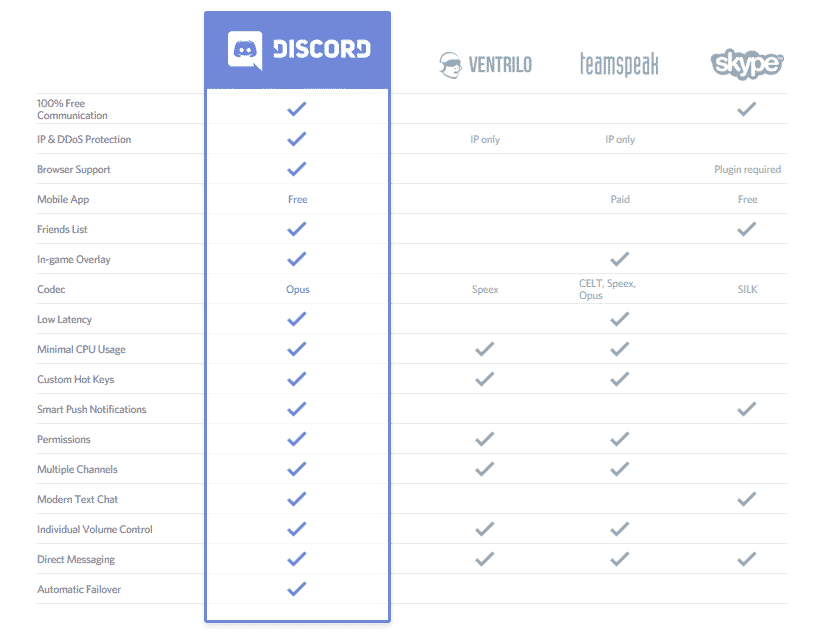 Discord has more than 87 million users, and is planning to rule over the $1.7 billion worth of voice chat market. The application is entirely free to use and has no plans to charge money in future for its core features.

The main focus of the application is to provide hassle-free communication platform to everyone. Besides, the company also focuses on integrating its voice chat service in the gaming industry. It provides a free tool (gamebridge) which helps developers to integrate the app in their games. Other features like Rich Presence and Streamkit are also provided free of cost which let the game developers list their game on the application (which can be chosen by the users as the game they’re playing at the moment), and integrate other applications like Twitch, GameWisp, etc. with the app.

Operating among the gamers give the application a huge advantage of capitalizing on the network effect where its value increases as more and more users join it. The company is currently valued at around $700 million with the recent investment of $20 million.

How Does Discord Make Money?

Discord’s revenue model is still a work in progress. The company is against advertisements and selling of user data and has been relying on the funding money till recently. They have no intentions to make users pay to use the application in future. Rather, the company is shifting to a semi-freemium business model where it provides more and better features to those who pay for them. Discord also makes money by selling company merchandise.

The developers feel advertisements are intrusive and selling user data equals breaching the relationship between the two parties, hence they’ve have strictly restricted themselves from using any such revenue earning strategy.

What separates Discord’s freemium business model from others is the marketing strategy used to promote it. The company doesn’t charge anything for its core functions and only asks its users to ‘support the application’ by buying the monthly subscription plan. 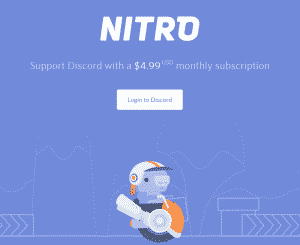 A small portion of Discord’s revenue comes from its merchandise store where it sells company branded t-shirts, hoodies, sweatshirts and hats.

What Can Be Discord’s Future Revenue Strategies?

No matter how much you try to appeal to your users by providing them a free and ad-free experience, you’ve got to earn money to stay alive in the market. Nitro is a good strategy to earn revenue in the initial stages, but this startup surely has many other potential revenue streams which it can use in future. These include:

Gamebridge allows game developers to integrate the app in their game and lessen their burden of coding a in-game chat feature. It has the following features:

The feature was released for free in the initial months but was soon rolled back. The company is currently testing the feature with selected game developers and might release it as a paid product in the future.

Just like Twitch, Discord can partner with some games in future and earn through every referred user which end up buying the game or any of its feature.

Did we miss something? Come on! Tell us what you think about our article on how does Discord make money? | Discord business model in the comments section.