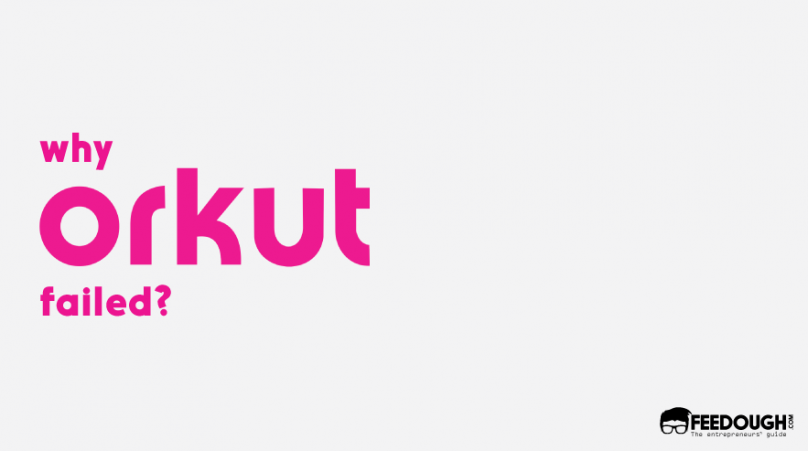 Orkut scraps and profile ratings are a thing of past now. But you might also be familiar with the time when all of it was as famous as what Facebook is now. Both Facebook and Orkut started nearly about the same time but ended up with different fates.

What happened to Orkut?

Why even a company like Google could not save it?

What if Orkut had survived?

Here are the answers to everything related to Orkut.

It all started with Google’s failed attempt to buy Friendster when Google finally decided to take its first step in the social networking market with Orkut. Orkut was just another social media networking website like Friendster, just with many more features.

In 2004 when Orkut was launched, it was not just Friendster but many others like Facebook, MySpace, Yahoo Messenger, and Skype, all in the same race. But in spite of the heavy competition, Orkut made it through with 3 times more users than Facebook in its initial days.

Initially, the major population of Orkut users was from the United States with a share of 51.35% of its users, followed by Japan, Brazil and so on. However, in the later years, Brazil and India made most of Orkut’s traffic with 53.5% and 18.4% of users respectively.

How Did Orkut Work?

Well, just like all the social networking sites Orkut had most of the features which its contemporary sites provided like adding friends, sending messages, maintaining a profile, etc. Of course, Orkut had its differences from its rivals but then, on the whole, it was majorly similar.

With an Orkut profile, you could maintain your scrapbook, rate your friends’ profile or even form groups of friends and family, conduct community polls, etc.

Well, you might wonder what was different in Orkut which people still miss.

Of course, Orkut had a few unique features we miss today, be it the then scandalous ‘crush list’ or even the testimonials we wrote to each other and how can we forget the themes we customized ourselves which was not the case with other sites.

The website witnessed two major updates to design after its launch.

The 1st redesign included an ‘update from friends’ box on the homepage, profile in different languages, a feature upgrade in the way to view the number of friends, etc.

In the 2nd redesigned version, Orkut used Google Web Toolkit (GWT), thus making extensive use of AJAX in the user interface and also allowed users to sign in with their Gmail credentials.

However, there was nothing much for which Orkut could stand out amongst its competitors. On the other hand, Facebook was in full swing with its update, capturing most of the user traffic then.

With that came the very familiar ‘Facebook Revolution’ which changed the game upside down.

But is it right to blame only Facebook for Orkut’s deterioration?

Let us see the reasons why Orkut failed.

Why Did Orkut Fail?

The reasons why Orkut failed can be categorized under 3 major issues – structural, strategic and market shift.

The initially easy to use website, after its several redesigns and increasing popularity became cumbersome for the users to access. It took a long time for the site to load due to the increased number of users in a relatively less period of time, which added much load to the existing servers. The complex upgrades and the relatively low average internet speed added to the slowness.

Though Orkut was redesigned many times after its launch, its new features were neither engaging nor were they in relevance to simplification of usage. This pushed away the users to try Facebook as the taskbar with the notification, messages and friends icons made it easy and fascinating for users due to its simple approach and constant update.

It was easier for people to join and use Facebook. But for Orkut, you could need a crash course due to its complex redesigned features. Orkut, with time, became difficult and complex to use.

In Orkut, the user privacy concerns were neglected and stagnant. The platform allowed anyone to view anyone’s profile and his contact information (if it was added by the user), unless the person was on a person’s ignore list.

This made many people move to Facebook which appeared to be a safer platform for them.

Facebook’s features evolved constantly with time. It was a complete package with a better newsfeed, simple posts, and easy personal and group chats.

Also, an interesting feature was the ‘Login with Facebook’ button on other platforms, which made it easier and faster for users to access other websites.

Meanwhile, Orkut could not even satisfy the privacy concerns of its users, nor did it come up with new and interesting features to provide an engaging platform for the long run.

While Orkut was limited to personal interactions in the major part of its life span, Facebook emerged as a huge platform for online marketing and advertisements. Facebook generated its revenue by ads that worked in synergy with all of the parties involved. Also, Facebook’s growing network with time made it an easy platform for business expansion and advertisement.

The online games on Facebook were a fascinating feature. It added to its complete package for the users which eventually led to people spending more time on Facebook other than just scrolling down news feeds or sending messages.

Google’s focus on its budding projects like YouTube and Google+ resulted in the company’s ignorance of Orkut. Some analysts believe that it was better for Google to put more effort into Orkut instead of releasing Google Plus which never took off.

Orkut had a strong base in Brazil, India, and a few other countries. When Facebook became mainstream, Orkut’s users abandoned it to try Facebook. Even though Orkut’s community feature was interesting to many people still Facebook had the advantage of a ready newsfeed where people didn’t have to hunt for content.

When Facebook tried its best to stay ahead in the market, Orkut remained stagnant. There weren’t frequent upgrades and the company failed to understand its user demands in the market.

The above series of events gradually resulted in Orkut’s shutdown in 2014. On September 30 of the year, it was finally decided that Orkut would be dissolved by Google, with a parting note in its last Orkut blog.

“Over the past decade, YouTube, Blogger and Google+ have taken off, with communities springing up in every corner of the world. Because the growth of these communities has outpaced Orkut’s growth, we’ve decided to bid Orkut farewell.”

With that ended the decade long story of Orkut with its ups and downs.

However, Orkut made its comeback with Hello, the next generation of Orkut. As a new step in the social media market, Hello has a long way to go. Surely, it has a new set of features and a better understanding of today’s market but it still has to face heavy competition with the giants of the field.

Did we miss something? Come on! Tell us what you think about our article on why Orkut failed? in the comments section.

Bio-Statistician by day writer by night. If i am not writing then find me singing tonight