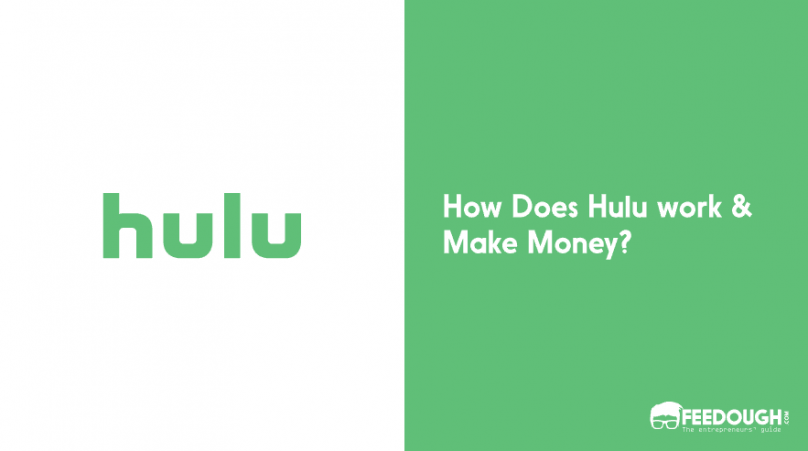 It was 2007 when Netflix took a pledge of labelling cable TV as old school and bringing a new content consumption trend of on-demand videos among the internet users. Who would have known that TV would return in the most unexpectable way ambushing Netflix and proclaiming that its throne can never be taken away?

Welcome Hulu. The biggest competitor of Netflix (and your sleep).

Hulu is a premium over-the-top media service (internet based TV streaming service) that allows users to stream TV shows, movies, documentaries and more on a wide range of Internet-connected devices.

Launched on October 29, 2007 as a joint venture among AOL, Comcast, Facebook, MSN, Myspace, and Yahoo!, Hulu focused on TV shows more than movies and other video content. Hollywood executives saw potential in this positioning and the service soon became a platform to watch current episodes of television shows on.

The company has partnered with most of the USA’s cable TV channels like ABC, NBC, Fox, CNBC, etc. to position itself as one of the biggest online TV show library. It has also partnered with local and national channels like National Geographic, Fox, Disney Channel, etc. to provide the live TV experience on the internet without any need to install cable TV.

Here are some features provided by Hulu –

The premium video streaming service Hulu currently boasts over 25 million subscribers and its exclusive library which gives its users access to shows from every major U.S. broadcast network, libraries of hit TV series and films, and acclaimed Hulu Originals.

But how does Hulu work and why has it been so successful, you ask?

How Does Hulu Work?

Let’s dig deep into a brief history of Hulu to get a clear picture of how the company used to operate and what all have changed in the business model of Hulu from 2007 to 2019.

The company was started with an ad-supported business model where you could stream the TV shows for free but had to watch advertisements which interrupted the stream. This business model was similar to today’s Youtube business model.

The company launched its paid subscription service (plus) in 2010 to compete with the likes of Netflix. The paid subscription was initially launched at a price of $9.99 per month but was soon lowered to $7.99. This paid subscription, however, wasn’t ad-free. It contained as many ads as the free version but provided a wider array of viewing choices in terms of shows that were available and the devices on which Hulu could be streamed on.

In 2017, Hulu strengthened its positioning as an online TV by launching the Live TV service which made it possible to live stream more than 50 broadcast and cable-originated channels. Many new channels and shows were announced soon after this. Money making addons like HBO, Showtime, Cinemax, etc. and additional features like cloud DVR, six account profiles, etc. were also launched subsequently.

As of March 2019, the company has over 25 million paid subscribers and provide the following subscription plans –

Add-ons provided by Hulu are as follows –

How Does Hulu Make Money?

The revenue model of Hulu is fairly easy to understand. The revenue earning sources can be divided into two categories –

Since the company scrapped its free streaming model altogether, all of the 25 million users pay to use the service. These monthly subscriptions contribute a substantial amount of revenue to the company.

If you’re one of the subscribers of Hulu, you would have noticed that even the no-ad subscription plans have some shows which include pre-roll and post-roll ad blocks. Advertisements are indeed the biggest revenue earning source of Hulu. According to the company, it earned an ad revenue of $1.5 billion in 2018, which was 45% more than what it earned in 2017.

Unlike Netflix, this on-demand video streaming platform doesn’t stay behind in wooing advertisers to advertise to its users. The company provides three ad-targeting options to increase the reach of the advertisers. These are –

The company provides a variety of advertisement options to the advertisers who can choose from just a normal interstitial ad to those big brand integrations in the Hulu original shows. These are –

Custom integrated commercial is an exclusive video solution by Hulu which is strategically developed to integrate the advertiser’s brand values and message with Hulu’s in a custom developed commercial which feels more like a part of the content rather than a commercial.

Here’s an example of a custom integrated commercial of Hotels.com developed on the lines of Castle Rock.

Custom Integrated slates are similar to custom integrated commercials but these are 7 seconds long pre-roll slates with integrated brand values and message which are created to match the content in a way to introduce viewers to the commercial and content that follows.

Spotlight is a solution for theatrical, TV tune-in, or video game advertisers to amplify their message and drive awareness for any new release by using Hulu as a marketing tool where they release their trailers and teasers.

A premium slate is a brand’s 7 seconds video asset which runs as the first video in pre-roll which. These videos appear in premier positioning before the advertiser’s video commercial at the beginning of the show and are accompanied by intro text and “presented by” voice over.

Hulu also provides complete marketing and sales solutions when it comes to T-commerce. The company had partnered with Tomb Raider in the past which used this feature to develop a solution for users to purchase movie tickets on their smart TVs.

The company has 40+ original programs which are exclusive to Hulu. Since these are produced in-house, the advertisers can also partner with the brand for brand integration solutions for these shows.

Hulu was never short of money and the company was also able to position its brand perfectly as a TV show library. Contrary to what it seems, the biggest competitor of Hulu today isn’t Netflix but Youtube TV. Nevertheless, the brand was a pioneer to create a new demand for online streaming of TV shows. The company was also able to bring down the costs of watching TV shows from an average of $100 to just $5.99 per month.

Hulu still has an incredible growth rate of 48 per cent and is no less a scaleup than Netflix or Amazon Prime. The present favours Hulu and it seems it’ll be the same in the future as well.

Did we miss something?  Come on! Tell us what you think about our article on how does Hulu work and make money in the comments section.