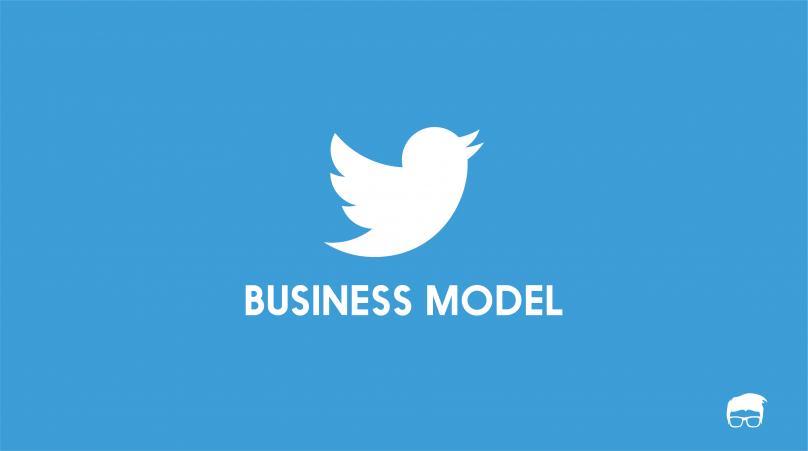 Twitter needs no introduction. More than a decade ago, its founder Jack Dorsey had famously typed out “just setting up my twttr” on the micro-blogging site as its first tweet.

just setting up my twttr

Since then it has come a long way where it has the become the voice for many, including the current American President whose rants on the platform have landed him in many controversies (we are still trying to figure what #Covfefe is). Twitter’s impact on the world has been so strong that it has given birth to revolutions and brought down entire regimes (think: Arab Spring). Twitter won the Techcrunch’s Crunchie award for the Biggest Social Impact in 2012 as well as 2015. Many have called it the “Pulse of the Planet”, something so powerful and effective that even the biggest news agencies cannot match its pace and reach.

@tim_cook thank you Tim, and everyone at Apple! Good luck today!

Yet for all its glory, hype and impact, its valuation is decreasing with time, its stock performance is abysmal and many call its business model “broken”. Twitter revenue model has remained unchanged over the years while it is still hoping to turn profitable but it has not been able to yet. So what exactly is the Twitter business model? How does Twitter work and how does Twitter make money (or not)? We are here to answer all your questions. So let’s dive right in.

Twitter was created by Jack Dorsey, Biz Stone, Noah Glass and Evan Williams in 2006. The company is headquartered in San Francisco, California, United States. Twitter business model is a microblogging platform which quickly attained worldwide popularity after its launch. Currently, Twitter has more than 328 million monthly active users, making it the ninth-largest social network in the world. Twitter has proven to be the largest source of breaking news time and again. During the 2016 Presidential Elections in the US, 40 million election-related tweets had been sent by 10 p.m. that day.

A social network’s valuation is dependent on the number of users and the engagement of users. Unfortunately, Twitter’s user engagement is decreasing and other social networks like WhatsApp and Instagram have left it far behind in terms of the number of total users. Though it was being touted as a serious competitor to Facebook in its early days, Facebook is currently the most popular social network in the world and is valued at a staggering US$ 485 billion with about 2 billion users while Twitter sits cosily at the 9th spot in terms of users and an ever-dwindling valuation. Twitter is currently valued at US$ 15 billion, less than its valuation of US$ 18 billion at the time of its IPO.

Twitter business model is similar to the business model of other social networks. It requires users to create a profile and then those users can post short status updates or “tweets” under 280 characters. Registered users can post tweets, but those who are unregistered can only read them. Users can post using the website, app or even SMS. It is also called “SMS of the Internet”.

The users can follow other user accounts and then they can view the tweets of the accounts they chose to follow. The users can share videos, images, and links through their tweets. The users can also directly message each other.

Of late, Twitter has been shifting its focus to video content and content creators, as video has far higher engagement than text or banner advertisements. To incentivize video makers, Twitter shares revenue with them, where the creators get 70% of the cut and the rest is kept by Twitter. This is better than the 55% cut offered by YouTube to content creators. Twitter, with the help of Periscope, has been trying to bring live-streaming into the foray. It bought the digital rights of NFL in the US for US$ 10 million in 2016. It wants to get exclusive digital rights to big events like NFL games, political debates, award ceremonies etc to enhance its business model. While it has a lot of competition from YouTube and Facebook, it can also be a boost to its decreasing revenues if the costs are managed well.

Before we move on to answer the question of how does twitter make money?  and discuss Twitter Revenue Model, it’s important to know more about Twitter’s acquisitions and partnerships. The company has made many acquisitions in the past to enhance its business model – 54 to be precise. Some of its most prominent acquisitions are:

Twitter has partnered with DoubleClick, Google’s ad serving platform which would bolster Twitter’s ad serving and revenue earning capabilities. But this also means that Twitter would have to share its revenues from advertisements with Google, which could further reduce its profits.

The answer to how does Twitter make money? and What is Twitter’s revenue model? can be given primarily by explaining two of its strong suits: Advertising and Data Licensing.

Almost 85% of Twitter’s revenue comes from advertising sales. Twitter annual revenue from ads came out to be around US$ 400 million in 2015. An individual or company can advertise on Twitter by either

Photos and video previews are displayed in the posts alongside the text thus enabling the advertisers to present their content to the target audience better. Before 2013, users had to click on the links posted to view the content.

Twitter charges the advertisers based on the amount of interaction that the tweets generate. While the budget is set at the beginning of the campaign itself, the advertisers pay on per-click or per-retweet basis. Advertisers can also participate in bidding to place their content in a particular space. More than 65% of Twitter’s advertising revenue comes from mobile devices.

How does Twitter make money through Data Licensing or “Firehose”?

What is data licensing? Well, Twitter sells its public data that it calls Firehose and that amounts to around 500 million tweets each day to various companies. Companies can utilize this data to analyze consumer trends and generate insights about brands and companies. Since the tweets are public, consumers can also access this data. Because of the volume of the data, companies can learn about their users in a detailed manner, something that a normal user would not be able to. Of course, the data analysis tools have to be sophisticated enough.

With sophisticated analysis, companies can learn detailed and specific information about their users that, because of the volume of data, an ordinary user or company would not be able to get. Though there is a slowdown in the advertising revenues, the high-margin data licensing business is growing. In 2015, Twitter generated US$ 32.2 million of revenues from data licensing.

Of all the companies that have been acquired by Twitter, there are some which have been absorbed, some which are open source and some which generate revenue for Twitter and add to its topline. Absorbed companies are those which have been discontinued for the general public but their expertise and capabilities in a particular technology are being leveraged by Twitter in its own product with the support teams from these companies. The companies which generate revenue for Twitter do so either through subscriptions or views. These make money through freemium models or through advertising. Open source companies do not make any money for Twitter and are accessible to anyone. Some examples of each group are as follows:

Some of the major issues that Twitter Business Model is facing currently are:

Is Twitter Business Model profitable? No. Rather, it has seen negative profits every year and even after its stock fell 60% in 2016, its share price is still considered overvalued. If the business model is not tweaked or changed, the losses will continue. It’s a hard truth that monetization has been a struggle for Twitter and speculations are rife that companies like Disney and Salesforce might acquire Twitter.

One of the changes it can make to its model is the introduction of tiered pricing, where users are charged annual subscription fees and provided extra services according to the tier they are in. But that is possible only when it is positioned as a media company and not a social network, as the other social networks like Facebook will always remain free.

There is no doubt that Twitter is a very effective means of communication but it does not have the stickiness for the average person. It is based on individual’s sharing information rather than individuals in a social network of friends and thus is not as personal as some of the other social networks. It is the best at what it does and thrives during live-events by making use of real-time internet the best. Only time will tell if minor tweaks to its business and revenue model are enough to bring it to the path of profitability or a complete overhaul is needed lest it be acquired by another player.

Did we miss something?  Come on! Tell us what you think of our article on How does Twitter make money? Twitter business model in the comments section.