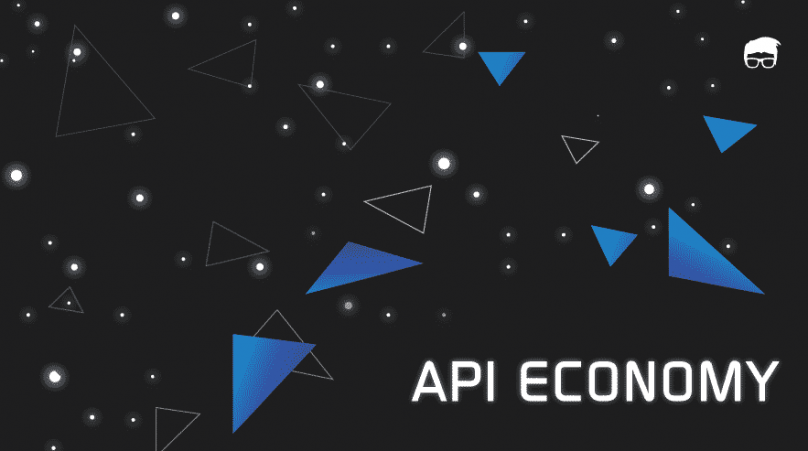 While booking an Uber, you might have noticed the Google watermark at the bottom of Uber’s cab map. It is a no brainer that Uber uses Google Maps for integration of its primary function: Finding and connecting to nearby drivers. So how does this happen? Did Google help to develop Uber? Not really. Uber is just using the Google Maps API. This is similar to the Google Chrome extension you use on your browser. That brings us to the question:

Contents show
1 What Is An API?
1.1 Why Is API So Popular Now?
2 The API Value Chain
3 How Did The API Economy Bloom?
4 How Do APIs Earn Money?
5 Would Moving Towards An API Based Service Improve Your Work?

What Is An API?

API (Application Programming Interface) is the medium through which multiple applications communicate with each other to perform the necessary function to complete a given task. As the name suggests, it is the interface that handles the data and presents it to you in simpler terms that a user will comprehend.

However, it is not limited to a single application, website or toolkit. APIs are capable of handling different products as long as their functionality remains the same.

Why Is API So Popular Now?

To explain this better, I will bring up an analogy. Imagine a car manufacturing industry:

A car has a lot of parts: Engine, brakes, gearbox, shaft, wheels, etc. Now, let’s go to the very beginning, when cars were just invented, the manufacturer would have to make every part on their own from the ground and assemble it to get the final product: The car.

However, now the scenario is different. There are multiple car manufacturers with multiple car models now. So do you think every car manufacturer makes each part and then assembles it to give you the car? It is hardly the case. It would obviously make sense if car manufacturers worked on their niche: Engine and Model design rather than other aspects of the car. This is because they now outsource the common parts from third-party manufacturers. For example, let’s say Ford and Honda both use a brake drum of the same specification. There is no need for both of them to manufacture it. They can outsource it from some XYZ company if it passes their quality standards. This third party company is capable of making the part and sustaining itself as an individual organization.

So how is this relevant to API?

APIs are functional blocks of code written upon a certain architecture for a particular program. Multiple such blocks come together to give you a functional product. Thus APIs are analogous to the third-party brake drum manufacturers. Applications can use third party APIs in their products without having to make the function block from the ground. Thus, most Applications work on their niche, their USP to make a successful product and the part that is not relevant to their niche functionality, they use an API to solve the issue. Thus, they have an error-free completely developed functional block that they don’t have to invest resources in.

When a business realises the need for a particular functionality or a missing link to improving the current flow of business, a nascent idea of the API is generated. The idea is further developed by the team to understand what it must absorb, engage and deliver to provide a seamless user experience. On satisfaction, the idea is executed in the form of developing an API.

The API is an individually standing functionality block that is capable of interlinking multiple existing functions of a business. Thus this API can be consumed by other developers and partners to improve their business functionalities and help them create innovative products which serve their own customers.

How Did The API Economy Bloom?

API is not a foreign word that has landed on earth in recent years. Market forerunners have had API for as long as 15 years. But APIs didn’t hit the gold mines until fairly recently.

The ProgrammableWeb directory eclipsed the 17,000 API mark in the first quarter of 2017. This means you are well capable of building a business from the ground up with the help of APIs. You got the tools, ingredients and all you need now is the “Secret recipe” to combine them all and sell them.

API economy revolves around a more precise form of Software as a Service (SaaS), APIs as a Service(AaaS). Now Software as a service creates interaction between individuals but APIs as a service is provided for interaction between the software on the internet. Thus, giving you a wide array of options to choose from.  API is venturing into a new era of B2B service with fixable nuts and bolts that fit in right away.

Why are we entering the era of the API economy? Simple answer: We used to be dependent on our software team to develop a particular function for our businesses, to maintain the system we had to employ a support team and so on. The basic job of adding a task was tedious, to begin with. But with the availability and convenience of APIs, all the aforementioned issues are a thing of the past.

Let’s take the example of Lyft: Lyft started out by using Google Maps API for navigation, Twilio for communicating and sending updates and Stripe for payment. Pretty much everything was API handled except for customer satisfaction.

Most businesses now realize the power and importance of APIs and thus the API economy is on a roll.

How Do APIs Earn Money?

Believe me or not, there are organizations that earn millions of dollars through APIs. Now APIs can generate revenue in multiple ways.

Now the most standard way of generating traction and earning revenue is keeping your API free for a set period: Say, a free one month trial for potential buyers to realize the power and utility of your API and then chargeable beyond that month. Other systems include pay after a limited number of usage. Like the ones Maps API uses: You get the first 25,000 requests free and beyond that the API services are chargeable.

Would Moving Towards An API Based Service Improve Your Work?

The answer is highly subjective. If your work has some groundbreaking innovation, you might want to keep it to yourself for the sole purpose of traffic. But would that mean actual growth? Maybe not. Every internet giant has its API ready and rolling. You name it: Facebook, Maps, Twitter, Youtube and so on. You sure wouldn’t want to fall behind and lose market share to API providing competitors.

Moving towards an API based product line would actually make more sense as your work gets out there helping more businesses and discouraging competitions, because if you keep your novel functional block to yourself, you may encourage some rip off programs to take your place in the sellable market. Forbes did claim 2017 to be the year of the API, so you sure wouldn’t want to miss the wave.

API is a service you can use to provide service better. So if you are an API vendor or an API using partner, you are reaping benefits in both cases. API vendor generates revenue whereas API partner enjoys carefree service which is handled by the API developer at a nominal price. Thus, the API economy has gained traction in the M-business and the e-commerce world.

Do you have a feasible API plan? Or are you thinking of incorporating one in your business? Let us know in the comments below.

The API Economy: A Comprehensive Guide