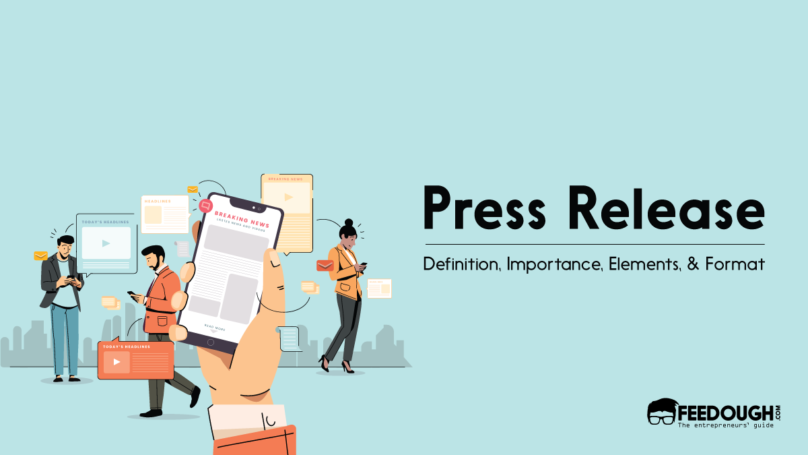 Media coverage is one of the most effective tools in an organisation’s marketing arsenal. Whether promoting a new product or service, raising awareness for a cause, or sharing important company news, media coverage can help spread the word and reach key audiences.

But how do brands get media coverage? One common and effective method is through a press release.

What Is A Press Release?

A press release is a formal announcement made by a business sharing newsworthy information relating to its latest business development with the media and other interested parties with the aim to generate press coverage.

Also referred to as a media release, news release, and press statement, a press release is typically written by a company’s marketing or public relations team and sent to media outlets, such as newspapers, magazines, radio stations, television stations, and websites.

These press releases can be used to promote a wide range of news, including new product or service launches, company milestones, events, awards, official statements, and more.

When well-written and distributed to the right media outlets, a press release can help build buzz, generate leads, and even drive website traffic.

Reasons For A Press Release

Companies release press releases for a variety of reasons. The most common reasons are

How Does A Press Release Work?

Journalists and media outlets are always on the lookout for new and interesting stories to share with their audiences.

Press releases help them find these stories by providing them with all the information they need in one place.

Here’s an example scenario of how press releases work:

Importance Of A Press Release

In this age of digital marketing, press releases are still an important part of any public relations or marketing strategy. This is because it is one of the easiest and most cost-effective ways to generate media coverage.

Press releases can be innumerable. Any business development, event, product launch, new service, etc., that a company wants to communicate to its target audience can be done through a press release. However, some common types of press releases are used more often than others. These are:

Characteristics Of A Press Release

What Is The Purpose Of A Press Release?

The objective of a press release is to generate media coverage and build buzz around a company, product, or event.

It’s an earned media tool that businesses use to create awareness, generate leads, or even drive sales without paying for it.

A press release is one of the most efficient and cost-effective ways to get a story published in numerable media outlets that sounds natural and more appealing to the target audience.

A press release can help the business achieve its marketing goals and earned media objectives when done right.

Elements & Format Of A Press Release

A press release often also includes a call to action, such as inviting media outlets and journalists to attend an event or visit a website.

Press releases come in all shapes and sizes, but there are some common elements that all press releases share.

Here are some examples of press releases:

A perfect partnership release where Blackberry partners with Baidu, China’s largest search engine company. The release covers all the key points such as what the partnership will entail, quotes from both parties, and how it will benefit consumers.

Airbnb has a defined portal where it publishes its press releases. This release outlines its financials for the year 2021 to comply with the law pertaining to public companies.

The release has all the key information, such as where one can find the financials, how to get access, etc.

General Motors is a renowned car manufacturing company. This press release talks about its partnership agreement with PSA Peugeot Citroen along with the prospective benefits of such a partnership.

What Is A Press Release? - Importance, Types, & Examples