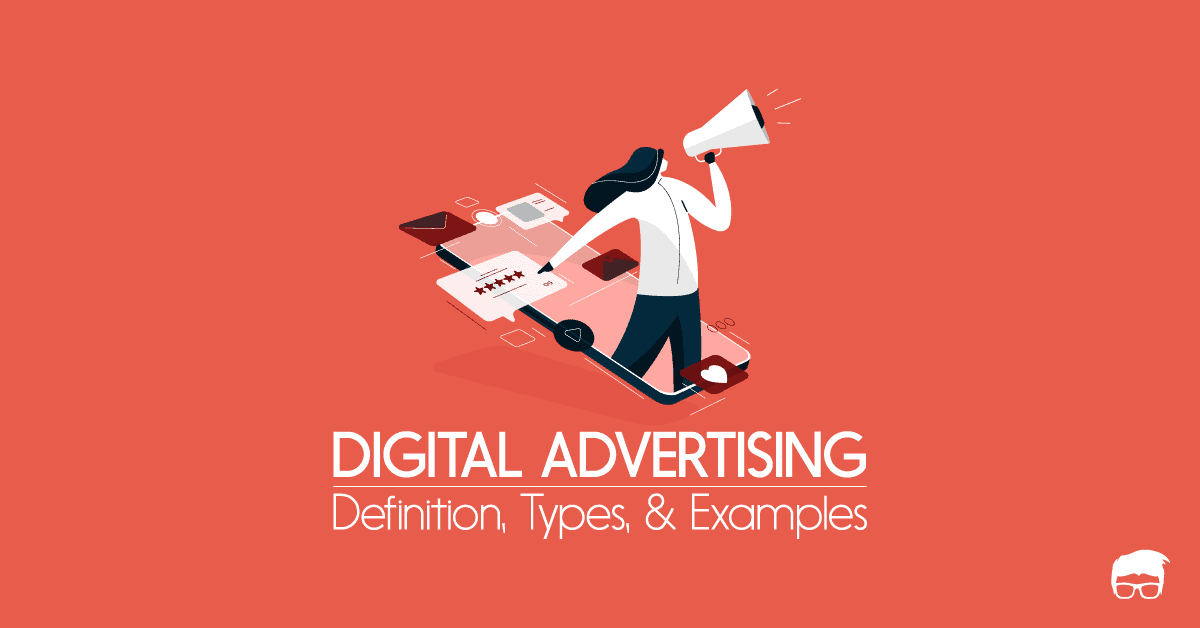 The rapid development of technology has changed how the world works. User behaviour and media consumption has taken an entirely different route, thanks to the internet. This change has forced marketers to follow and adapt to the changing marketing channels. Even advertising isn’t limited to traditional channels anymore. It’s now the era of digital advertising.

But what exactly is digital advertising?

What Is Digital Advertising?

Digital advertising is the action of calling public attention to an offering through online and digital paid channels by an identified sponsor.

Precisely, digital advertising is any form of advertising that appears online or on digital channels like websites, search engines, social media platforms, mobile apps, digital OOH, and other channels that can be accessed digitally.

Digital advertisements come with their own unique set of characteristics. These are:

The internet has changed the landscape of advertising. At the beginning of 90s, the investment in the digital advertisement was zero. But over the years, in 2025, digital advertising is expected to cross over $500 billion worldwide.

It all started in 1994 when hotwired.com, a Wired website, released the first banner ads on its website.

The same year saw the development of HTTP cookie that helped the advertiser and publisher track user behaviour.

Soon after, in 1996, Flash was introduced, which formed the framework for web advertising.

In 1997, pop-up ads were discovered and found wide usage all over the internet.

In 1998, Google launched and brought a concept of minimal search engines. The company started monetising in 2000 and paved the way for pay per click advertising and search engine marketing.

In the early 2000s, Facebook launched and brought in its hyper-targeted ads model that used user interests and demographics for advertising. This started the trend of targeted ads.

The late 2000s and early 2010s saw the launch of YouTube, Smartphones, iPad, Instagram, Snapchat, Internet of Things, and Real-Time Bidding that later changed the advertising scenario to:

The digital advertising agency is still growing, and everyday finds its application in a new channel.

The digital media landscape is vast. It caters to every activity of the user on a digital device and the web. Digital advertising makes sure to tap the user’s attention on every touchpoint it can. Thus, it can be divided into different types depending upon the type of ad, channel, and the ad’s intent.

Also called search engine marketing, this type of advertising uses search engine results to promote the offering. Advertisers target keywords that people search for on a search engine and push their webpages at the top of the results by paying such search engines like Google, Bing, etc.

Also Read:  What Is Surrogate Advertising? (& Why Is It Used)

Such ad campaigns are intent oriented and are also called pay per click or PPC campaigns as they’re paid for by the advertiser only when a user clicks on the result.

These ads are further divided into search ads, shopping ads, maps ads, etc. depending upon the search engine they’re listed on and the intent behind the target user’s search.

Display advertising is the most common form of digital advertising. It comprises images, text, and animation, and shows up as banners on websites and blogs.

These ads can be personalised according to the user activity on the internet or non-personalised and are usually released to increase brand exposure, offer exposure, and fulfil other such motives.

Native ads are camouflaged ads that blend with the content they are added to. Sponsored listings within or after blog posts form an example of native ads. These ads result in better user interaction when compared to other forms of digital ads because of their property of matching the structure and function of the platform it appears on.

Video ads are digital ads used to promote an offering using videos or motion graphics that play before, during or after streaming content, or as a standalone banner or native ads.

Mobile ads are digital ads that are delivered on mobile devices. These ads use two different platforms:

Remarketing ads are digital ads targeted to a brand’s online visitors with a motive to bring them back on the website or application, or perform an action. For example, a brand targeting its ecommerce store’s visitor through ads to make him complete his/her incomplete transaction. Another example could be of an event brand that targets its website visitors with informative ads of new events that they could attend.

Social ads are hyper-targeted ads that target the users depending upon their demographics, locations, interests, and even psychographic and behavioural interests.

Influencer ads and curator ads are comparatively new ad forms where a brand directly contacts the content developers and/or content curators with good followership to place the brand or offering in their content. This helps the brand to gain exposure and trust of the influencer’s followers.

How Does Digital Advertising Work?

Even though digital advertising is different from traditional advertising, it works in a way similar to the latter. There are parties involved, a contract backs the transaction, and the creative and the ad copy is developed to meet the advertising goals.

Generally, an advertising network acts as a mediator that connects an advertiser with numerous publishers or digital property owners.

Every digital advertisement is backed by a goal or a motive. It could be to get more exposure, more leads, remarketing, or more action performed. And this goal forms the spine on which the advertisement’s structure stands on.

Besides the goal, the advertisement structure includes the following:

A variety of contract models exist for digital advertising. These are:

Generally, more than one advertiser applies for a single ad space which increases the competition. Space is then provided to the advertiser who bids the most. This process works real-time and is called real-time bidding.

Traditional advertising is offline advertising. It involves using channels like magazine, newspaper, television, radio, direct mail and billboards to advertise an offering or an idea. These ads differ considerably from digital advertising.

Pros And Cons Of Digital Advertising

Here are some examples of each type of digital advertising to understand the concept better.

Search engine ads usually appear as native ads on search engines like Google. Such ads appear at the top of the results and are prefixed with the term ‘Ad’.

Social media ads usually appear as native ads on social media channels like Facebook, Linkedin, etc. However, these ads do carry a tag of ‘ad’ or ‘sponsored’ on them.

Mobile ads are specific to mobile websites and apps. These ads are developed in sizes that cater mainly to the mobile audience.

Video ads are usually developed to promote to video consumers before, after, or in their video.

Remarketing ads are tailor-made ads including offers and other CTAs designed especially for the users who visited a particular website or webpage.

Did we miss something? Come on! Tell us what you think about our article on digital advertising in the comments section.

X
Monopolistic Competition: Definition, Characteristics, & Examples…Marketing EssentialsIn today’s growing economy, it is impossible to identify markets that witness a perfect competition or even a pure monopoly. However, there does exist…

by Aashish Pahwa
X
What Is Cash Cow? – Meaning, Importance, & Examples…Marketing EssentialsToday, the economy houses several matured markets. These markets have a sustainable demand but do not see significant growth or innovation any longer.…
Share via